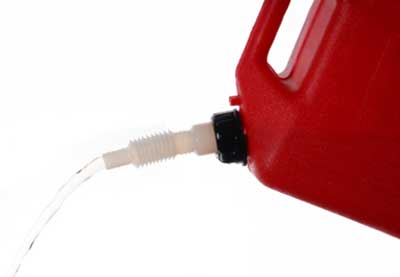 You might not recycle paper or printer cartridges, but recycling aluminum saves energy. When you toss out your cans, you might as well be pouring gasoline down the drain.
© iStockphoto.com/Jason Verschoor

Ever wonder what happens to your printer cartridges when you leave them at the office supply store or send them away in the mail? You might be surprised to learn that 80 percent of the e-waste that Americans drop off for recycling ends up in Asia. In 2004, the United States exported $3.1 billion worth of scrap to China, where recycling is largely unregulated and labor is cheap [source: Goldstein]. The demand for recyclables in China makes trash the U.S.'s biggest money-making export to the country, exceeding even electronics and airplane parts [source: Goldstein]. Not only does that transport use up a lot of gas, but it also dumps a lot of pollution into the atmosphere.

Countries like the U.S. might be able to justify sending their recyclables to another country if they were efficiently and responsibly recycled, but according to a report by the Basel Action Network, or BAN, those printer cartridges are only desirable because of the traces of ink they still contain. Once the ink is scraped out, the cartridges are either burned or discarded in the river, making the water unfit to drink. The water in the Lianjiang River in China has 200 times the acceptable amount of acid and 2,400 times the acceptable amount of lead [source: Judge].

While sending recyclable ink cartridges to rest in Chinese rivers is not a good idea, the answer to whether to recycle paper is not so obvious. On the one hand, it takes 40 percent less energy to recycle paper than it does to produce it from virgin stock -- half as much when it's newspaper. Recycling paper also prevents it from lying in a landfill [source: Economist]. On the other hand, paper gradually degrades during the recycling process, so it can only be recycled a few times.

Depending on where the paper is being recycled and how tight the controls are, paper recycling may produce up to 5,000 more gallons of contaminated wastewater per ton of paper than making it new [source: Sheffield]. When companies recycle paper, they mix it with water and usually chemicals to remove the ink. The water picks up traces of cadmium and lead, and if it's not reclaimed (or recovered), the chemicals and ink dyes are released into the watershed.

Critics of paper recycling also argue that trees are planted solely for the purpose of harvesting them for paper, so paper is a renewable resource [source: Sheffield]. Others, however, contend that old-growth forests often are cut down to make room for those tree stands [source: Grabianowski]. In the end, whether you think recycling paper or anything else is worthwhile is based on your priorities. Which is more important? Old-growth forests or clean lakes and streams? Keeping waste out of landfills or keeping chemicals out of the water?

Just as all products aren't created equal, all recycling processes aren't created equal either. Not all paper recycling plants emit contaminated water, and not all ink cartridges end up in the Lianjiang River. If you can ensure that your recyclables are going to a reputable facility, then recycle them. Otherwise, if you toss out the occasional ink cartridge or make a few free throws into the wastebasket, you may not need to beat yourself up. But if you've been throwing away all of your aluminum cans, you may want to think twice. For every case of soda or beer you chug and subsequently dump in the trash, you're essentially pouring an entire gallon of gasoline down the drain [source: Russell].

­For more interesting information about recycling, don't forget to investigate the links on the following page.