How the Rocky Mountain Institute Works 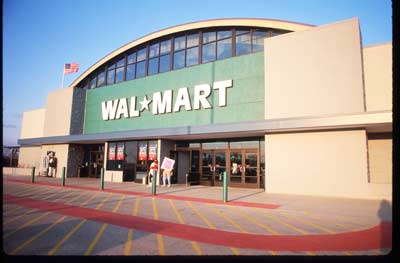 The Rocky Mountain Institute (RMI) touts a massive list of accomplishments and accolades. The following are a few examples:

Winning the Oil Endgame: In 2004, RMI published a groundbreaking study detailing how the United States can wean itself off oil, a process that would be led by the country's businesses. The study, two years and one million dollars in the making, presents a detailed plan for switching our entire transportation system to biofuels. The transition would necessitate a $180 billion investment, with savings returns in about 20 years. The savings would be huge -- "$155 billion annual gross savings, $70 billion annual net savings, a million new jobs, a million existing jobs saved, 26 percent lower carbon dioxide emissions, and a safer world," in RMI's words. The study has steadily been gaining traction since its release, attracting attention from publications such as the Wall Street Journal, Time, The Economist, The New York Times and many others [source: RMI].

The Hypercar: Although hybrid cars are all-the-rage today, 10 years ago they were still an unfamiliar concept to most people. In 1998, however, RMI began developing its hallmark concept vehicle, the Hypercar. Envisioned as a hybrid-electric car, ultra-light and ultra-aerodynamic, RMI expects the Hypercar to achieve 90 miles per gallon (144 kpg) -- with a long-term goal of 200 miles per gallon (321 kpg). What makes the Hypercar different from other energy-efficient cars on the market is that the design employs RMI's "whole system" approach. Engineers not only focused on an alternative fuel, but also on developing new materials for the car itself. These new materials would be lightweight and aerodynamic, reducing drag and increasing fuel efficiency. It's possible the vehicle could even be made of recycled or recyclable materials [source: RMI].

The Hypercar is still not available today, but research continues through the spin-off company Fiberforge.

Wal-Mart: In 2006, Wal-Mart looked to RMI on how to use energy efficiency to its competitive advantage. After working with RMI, Wal-Mart announced that by 2015 it would double its truck fleet's fuel efficiency. The company has modified its trucks with auxiliary power units that allow drivers to do things like run the air conditioning without having to let the engine idle. By 2020, Wal-Mart projects it will save $494 million each year on reduced fuel costs [source: RMI].

For more information on the Rocky Mountain Institute and other topics related to energy conservation and green building, read the links below.

You've heard of megawatts, the unit of measuring power. One megawatt equals one million watts. That's a lot of watts. But have you ever heard of a negawatt?

While reading a Colorado Public Utilities document in the early days of the Rocky Mountain Institute, Amory Lovins noticed a typo -- "negawatt" instead of "megawatt." He liked the word so much that he adopted it and gave it meaning. A negawatt stands for saved energy -- a measure of energy efficiency. Then Lovins put the word to work. Energy companies profit from electricity sold. What if they could also profit from electricity saved? Since then, Lovins has worked with dozens of state utility commissions to do just that. Power companies receive incentives for adopting energy-efficient measures. The companies pass the savings on to their customers, who in turn save money with reduced bills. This is yet another example of RMI's "whole system" approach [source: Webb].