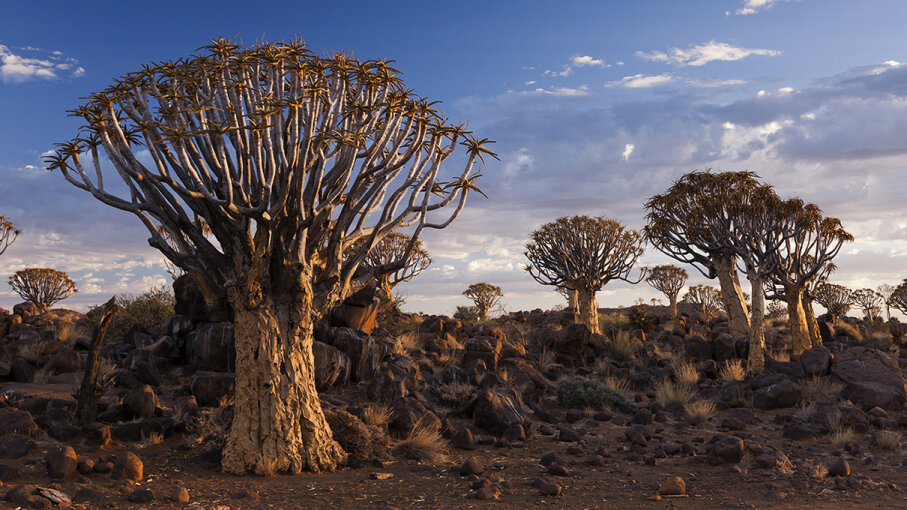 A group of quiver trees grow in a dryland forest in Namibia, Africa. JTB/UIG via Getty Images

Not all dryland habitats (those with a scarcity of water) are arid deserts — many in fact have trees too. But to what extent forest areas have made up dryland habitats has been very hard to determine compared to other habitats on Earth, which is probably why so many acres have gone undetected — until now.

Researchers now say Earth has 9 percent more global forest cover than they previously thought. The discovery will give scientists a clearer picture of how much carbon dioxide Earth's forests are absorbing, and they can then use that information to determine the future impact of climate change.

Specifically, scientists from 15 different organizations working under the United Nations' Food and Agricultural Organization reported in the May 12, 2017, issue of Science that they found 1.1 billion acres (467 million hectares) of additional dryland forests scattered across the globe, mainly in Oceania (which includes Australia and the surrounding Pacific Islands) and Africa. Taken together, the area is larger than the Congo Basin, home to the world's second-largest rainforest, and about two-thirds of the size of the Amazon rainforest, the largest.

Up until now, these dryland biomes were particularly difficult to find. That's because, even in this age of satellites and precise mapmaking, scientists were using low-resolution satellite images to determine forest cover. But when looking at dryland habitats, they had a hard time telling the difference between vegetation, a shadow or a covering of dirt.

To solve this problem, a group of international scientists began studying ultra-high-resolution images from Google Earth using a photo-interpretation tool known as Collect Earth. Each pixel on a Google Earth satellite image is super-sharp and equal to a patch of ground less than a meter wide. The new images allowed scientists to distinguish between a tree and a shadow, for example.

It was a long, painstaking job. Hundreds of researchers plowed through 210,000 images of dryland sites to come up with the new estimate. Scientists now believe that the amount of dryland forest is an astounding 40 to 47 percent higher than originally thought.

But perhaps most importantly, there is little to no farming in dryland forests because they are so arid. "It means that these areas consist of great opportunities for forest restoration," Jean-François Bastin, co-author of the study, said in a statement. "Our data will help here to assess areas suited for forest restoration, to combat against desertification and therefore to combat climate change."