Smart Grid Integration: Out with the Old 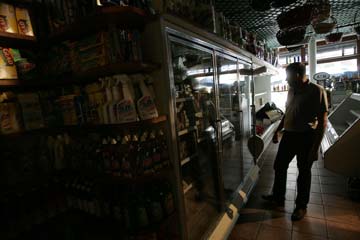 To understand the value of the smart grid transition, you first have to grasp some of the key problems with the current system. Today's power grid, though overburdened, is actually quite reliable. It allows areas to share electrical resources in order to keep everyone's circuits flowing. Moving forward, however, the system must evolve to keep pace with modern technology and maintain sustainability.

Properly distributing power through the grid is a sort of juggling act. Power usage in a given area fluctuates depending on time of day and season of the year. If temperatures rise and more people turn on their air conditioners, then the area as a whole requires more power. But since power plants can only put out so much energy, sometimes the juggling act fails. In the past, the only way to address this problem was simply to expand the grid and build more power plants, which elevates electricity costs.

If you find yourself dropping balls while juggling, then one possible solution is to become a better juggler. The DOE attributes many major and regional blackouts to slow response times and poor visibility -- shortcomings effectively addressed through automated systems and a streamlined system of distributing power. As it is, the U.S. power grid relies on a centrally planned and controlled infrastructure. The juggler is overtaxed, and we keep throwing new balls into the mix.

These blackouts cost individuals and businesses millions. Not only would a more efficient system sidestep many of the potential outages, but it could also do wonders for the environment. The DOE estimates that if the grid were merely 5 percent more efficient, the energy savings would equal the fuel and greenhouse emissions from 53 million cars. As the United States accounts for 25 percent of the world's greenhouse emissions, this change could go a long way toward reducing the effects of climate change.

Finally, there's security to consider. The grid's centralized structure also provides a tantalizing target to anyone wanting to do something to it. Additionally, since other areas of the grid pick up slack for underperforming sections, one strategic hit could also set off a domino effect.