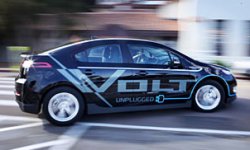 How big is your carbon footprint?
DCI

Transportation is one of the world's leading causes of pollution. In many urban areas, as much as 90 percent of the pollutants in the air come from motor vehicles alone. And this pollution, which consists of both gases and airborne particles, has a number of negative effects. It causes illnesses, respiratory problems in particular, but it's also damaging to the environmental balance of the planet. Carbon emissions from cars is believed to be a major cause of global warming. Most of the smog hanging over major cities is caused by transportation.

Most of this pollution is caused by the burning of fuel in internal combustion engines (ICEs), which are still the major power source behind cars, trucks, buses and most other forms of non-electric transportation. In the 21st century we are seeing a gradual movement away from ICEs and toward less polluting power sources, but it will be years before we cease to be dependent on polluting fuels to get us from place to place. What are some solutions we can take in the meantime to decrease the quantity of noxious gases and particulate matter that we're throwing into the atmosphere? On the following pages, we'll look at 10 possibilities, many of which you can adopt right now. 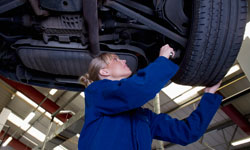 One of the simplest ways of cutting down on transportation pollution is to keep your car well tuned. Inspired by the U.S. Clean Air Act of 1972, many cities and states have now implemented annual or biannual emissions testing to determine if cars are producing excessive amounts of pollution at the tailpipe. Car owners whose vehicles flunk the test are legally required to bring their emissions maintenance up to spec. This has already been surprisingly effective at reducing pollution. For years the city of Los Angeles, which is ringed by freeways packed full of cars, was famous for the yellow haze of smog that hung in the air and stung the eyes and lungs of visitors and residents. Today, partly because of the vehicle emissions testing program instituted by the California Air Resources Board (CARB) in 1982, Los Angeles smog is largely a thing of the past and the sky above the city is blue again. 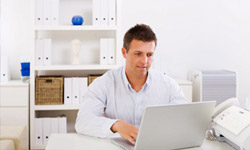 What better way to reduce the pollution created by your daily commute than to not have a daily commute? If there's no reason to be present at your office every day, ask your boss if you can work from home one or two days a week. Computers, which can connect your home and office via the Internet, make it especially easy to stay in touch with coworkers using e-mail and virtual private networking. If you're an employer who has a staff of commuting employees, consider assigning telecommuting days to the people who work for you. And if you're currently unemployed and looking for a new job, try to find an employer who offers telecommuting opportunities. There are plenty of jobs that can be done from home -- data entry, computer programming and even writing articles like this one.

Sure, that huge SUV looks cool on the road. It also provides lots of space for your family and cargo and is likely to keep you safe in an accident. But well-designed smaller cars can provide space and safety too, especially with the availability of advanced electronic safety equipment, much of which is starting to appear on affordably priced vehicles. And guess what? The smaller car is going to use a lot less fuel. This saves you money and cuts down on the amount of pollution you produce, which is pretty much a win-win situation. Or buy a hybrid, which turns off its pollution-producing internal combustion engine every chance it gets. 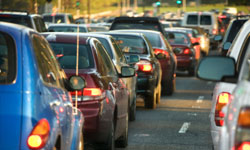 Need to pause at the curb to wait for a passenger or idle at a stoplight for more than 10 seconds? Try turning your motor off and then starting again when you need to move. Idling your motor for more than 10 seconds at a time is a pure waste of gas and an unnecessary source of pollution. Turning your engine off when it isn't needed is one of the simplest ways that you can solve the problem of transportation pollution. Make it a habit to switch off the ignition when you aren't going anywhere and you'll have made a small but significant start at making the Earth's atmosphere cleaner. 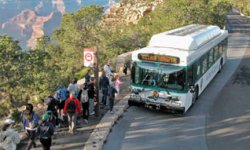 Buses, trains, airplanes — they all produce a certain amount of pollution. But like all forms of mass transportation, the amount of pollution produced is distributed among a large number of passengers, so they produce less pollution per person than a car with a single person in it does. Taking public transportation when you travel (and especially on your daily commute) is an important way of reducing transportation pollution. What if public transportation doesn't go where you need it to go and the only way you can get there is by car? Then get in a car with other people. Join a car pool and go to work with friends and coworkers. Not only will this produce less pollution per person, but it will also let you use the high-speed carpool lanes on the freeway. 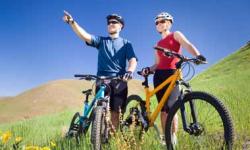 It's a beautiful day for a bike ride!
Jacom Stephens/iStockphoto.com

If you're like most Americans, chances are you don't get as much exercise as you should. Exercise keeps you healthy, trim and produces those pleasant endorphins in your brain that put a spring in your step and a smile on your face. And — oh, yeah — a great way to get exercise is to go places by walking or riding a bicycle instead of using your car. You'd be surprised how many daily chores, from shopping to commuting, can be accomplished using leg power as your primary mode of transportation. And if you want to keep that extra commuting time from getting boring, put on your iPod and listen to an audiobook or an MP3 playlist you haven't had time to catch up with yet. (This isn't recommended while biking, of course.) Pretty soon you'll wonder why you ever drove a car on local trips. 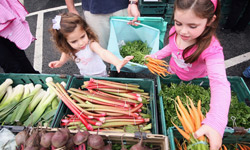 You may not use a lot of gas getting to the grocery store to buy food, but think how much gas was used to get that food to the store where you bought it. By purchasing food and other products grown or manufactured close to where you live, you cut down on the pollution created when those products are transported to the store. Of course, some products just aren't produced locally, but unless you live on a desert island there will be plenty of local food and an increasing number of grocery stores and restaurants are starting to advertise the availability of locally grown edibles.

If you live in New York City, you probably use a lot less gas (and produce a lot less pollution) than if you live in Minnesota. Why? Because everything's closer together in New York City. Stores and offices are closer to where people live, making it easier to walk to stores, restaurants and places of employment. Furthermore, there's a subway system that you can use when you aren't in the mood for walking. By designing communities so that everything is within walking distance and public transit is readily available, we can reduce the need for the personal transportation that produces such a large percentage of pollution. And wouldn't it be nicer to take a short walk to your office than a heavy drive through crowded lanes of traffic?

2: Get a fuel cell vehicle (when they're available)

1: Get an Electric Car 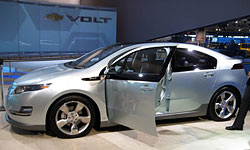 Check it out!
Kristen Hall-Geisler

There's a type of alternative energy vehicle that's available today and that you can buy right now if you're in the market for a mode of transportation that produces significantly less pollution than an internal combustion engine vehicle does. It's the battery-electric car and there are several on the market right now, including the Nissan Leaf and the Tesla Roadster. Electric cars are best for relatively short commutes of a few dozen miles a day and can be charged overnight in your garage or at a public charging station, but produce no pollution at the tailpipe. Of course, the power plants that supply your local electrical grid (which is what you'll recharge your electric car from) may produce pollution, but you'll still be generating far less transportation pollution from a battery electric car than from any other currently available type of car. 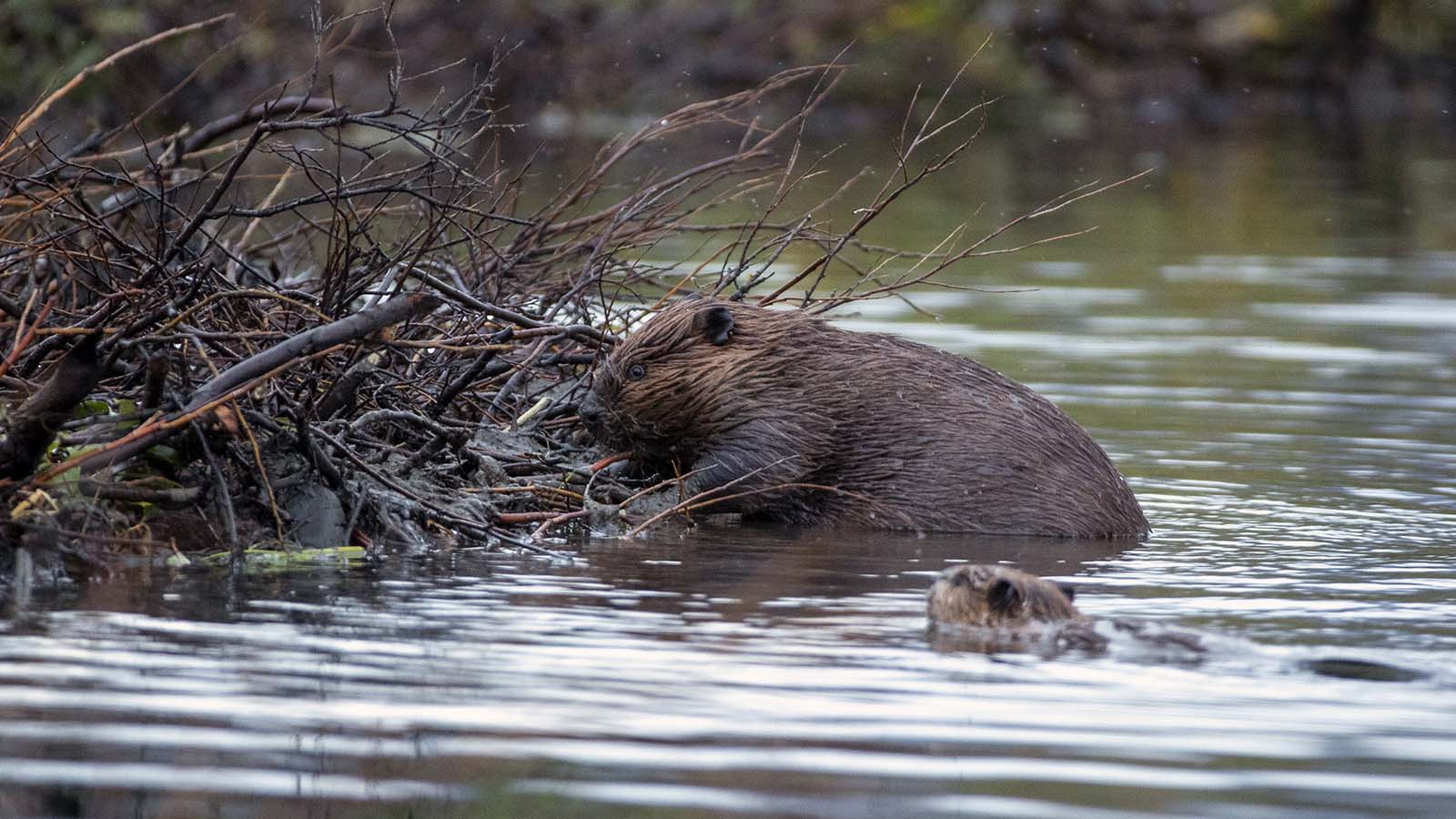