More than 250 mayors from around the United States banded together in strong opposition of President Donald Trump's decision to withdraw the U.S. from the Paris Climate Accord at the 85th U.S. Conference of Mayors (USCM) annual meeting in late June 2017. The attendees vowed to continue their efforts to reduce greenhouse gas emissions and address the consequences of climate change.

"Dozens of our country's cities have already united to implement measures that combat climate change, so the President's decision to withdraw from the Paris agreement is not representative of our nation's leaders and their communities," said Columbia, South Carolina mayor and USCM second vice president Steve Benjamin in a statement. "As [m]ayors, we commit to protecting the planet that we will leave to the next generations, finding innovative solutions for renewable energy and working so that our communities are kept free of hazardous emissions."

The conference included both Republican and Democrat mayors representing 1,408 American cities, and in addition to engaging in discussions around health care, immigration and homeland security, the mayors adopted a series of resolutions in direct response to Trump's decision.

In addition to urging Congress and the Trump administration to support the Paris Agreement, the country's mayors plan to put pressure on the current U.S. leadership to halt its efforts to repeal the Clean Power Plan, which was intended to reduce the electricity sector's carbon dioxide emissions. The mayors will also demand Trump and Congress "develop a comprehensive risk management program to address future flood risks from sea level rise," and provide funding for the defunct Energy Efficiency and Conservation Block Grant Program that was designed to send money to local governments.

But it's not just mayors across the country that have stepped up in opposition to the withdrawal from the Paris Agreement. More than 1,000 businesses and institutions (including several Fortune 500 companies) also signed a statement vowing to support the goals laid out in the Paris agreement. Leaders from 125 cities, nine states, 902 businesses and investors, and 183 colleges and universities are part of the We Are Still In movement, representing 120 million Americans and $6.2 trillion in economic wealth.

Black Loyalists Fought for Their Freedom During the American Revolution

Why Americans Are So Crazy About the Flag 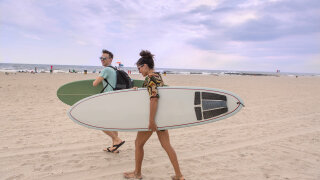 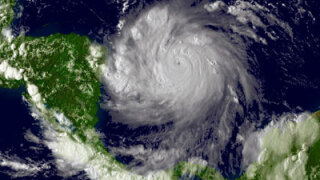