Why is waste heat capture important? 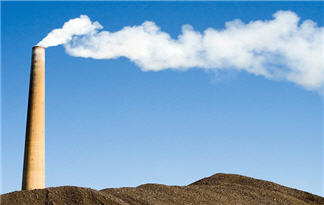 In most industries today, whether it is a manufacturing facility or a power plant, more than half of the heat generated goes to waste. There are a few exceptions, but the average heat engine, whether it's at a power plant or in your car, is not exactly efficient. Automobiles are among the worst, achieving between about 25 and 40 percent efficiency, and the efficiency of coal and oil power plants can be as low as 30 percent.

A good example is a typical data center, which generates tremendous amounts of heat. When waste heat isn't captured, which it usually isn't, the center operates an air conditioning system in order to keep the room at a stable temperature -- and in the process, drives up energy consumption much further than what is required by the machines themselves.

Capturing waste heat enables it to be redirected to a function that would otherwise be using energy from the grid, and in cases like the data centers, prevents consumption of power used to counteract the very effects of the waste heat itself.

In the end, the point is to reduce overall energy consumption and carbon emissions, and in most cases, demand for fossil fuels. In 2009, Senator Bernie Sanders introduced clean energy legislation that involved waste heat capture, and cited Department of Energy statistics showing that if the U.S. increased the amount of waste heat captured from nine to 20 percent by 2030, about 60 percent of our projected increase in carbon dioxide emissions would be prevented. For companies practicing heat capture, there are significant cost savings, as well.

According to the U.S. Department of Energy's Intermountain Clean Application Center, industry accounts for about a third of all energy used in the country -- about 32 quadrillion BTUs, and as a result emits about 1,680 million metric tons of carbon dioxide every year. The capture and reuse of waste heat can improve a facility's energy efficiency by up to 50 percent.

Industrial waste heat can be captured and reused within the same process, or it can be transferred to an external process. DOE points out, for example, captured waste heat can be used to preheat water used in an industrial boiler, which then reduces the time it will take for the water to boil, or it can be transferred to a drying oven, displacing the need for fuel to heat the oven. New technologies are also being developed to convert waste heat directly into electricity or into cooling capacity.