by Laurie L. Dove Sep 8, 2017
One company's discarded orange peels turned out to be pretty fruitful for a degraded plot of Costa Rican pasture. Daniel Janzen and Winnie Hallwachs

Imagine if some of Earth's most barren wastelands could be transformed into dense, productive forests by the most unlikely of helpers: discarded fruit peels.

It sounds like wishful thinking, but that's exactly what happened in the 1990s during a promising ecological experiment. Orange juice manufacturer Del Oro plunked 12,000 metric tons (13,228 tons) of orange peels on top of bleak Costa Rican pastureland, eventually transforming it into a lush, fertile forest. But it's a success story that almost wasn't told.

Del Oro donated a 7-acre (3-hectare) plot on the edge of the Guanacaste Conservation Area after being approached by University of Pennsylvania researchers Daniel Janzen and Winnie Hallwachs, who wondered how the company's discarded orange peels could benefit the soil. In 1998, the company deposited 1,000 truckloads of orange skins onto the degraded land as part of the agreement. But rival orange squeezer TicoFruit sued Del Oro a year into the contract, claiming the company was "defiling a national park." Costa Rica's Supreme Court agreed, and after only two years, the experiment came to a halt.

That could have been the end of the story, were it not for Timothy Treuer, a curious ecologist at Princeton University. In 2013, Treuer and a team of researchers traveled to Costa Rica for unrelated research and decided to look up the orange peel plot. The site's sign was so covered with vines and the land so densely filled with trees that it took the team years and dozens of site visits to discover it.

The team sampled and studied the soil at the site and compared it to samples that were taken in 2000. It also noted tree diameter and species from the orange peel site and that of a nearby pasture that wasn't treated with peels. The researchers found that the treated area had richer soil, more tree biomass and a broader variety of tree species, including a fig tree with a circumference equivalent to three arm spans.

The precise reasons for this 176 percent increase in aboveground biomass are still being investigated, but the researchers contend dumping massive amounts of nutrient-rich organic waste had a nearly immediate effect on the land's fertility, changing its lifeless soil into a thick, rich, loamy mixture. It's also probable that the orange peels suppressed growth of an invasive grass that was keeping the forest from flourishing, the researchers proposed.

Not only is the rediscovery of the experiment a boon for barren landscapes and agricultural waste, but it also could have a major impact on Earth. If more companies institute similar environmentally friendly solutions to waste, the resulting richly vegetated land could help isolate harmful carbon dioxide in the air and improve Earth's polluted atmosphere.

Now That's Interesting
An estimated 50 percent of all fresh produce in the United States — or roughly 66 million tons (60 million metric tons) of produce — is thrown away annually, making it the single largest ingredient in American landfills.

Do We Need Gender on Government IDs? 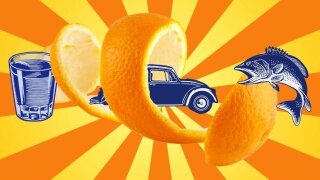 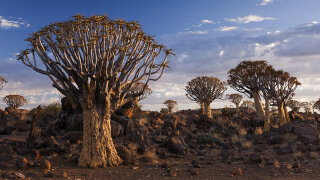 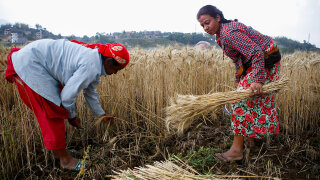