Located on a lake that appeared when a coalmine that was extensively excavated collapsed, the panels began generating 40 megawatts of electricity the first week of June 2017. That's enough power for 15,000 homes. The floating power station, which has 160,000 solar panels, sits in the middle of the coal-rich Anhui province and dwarfs the next largest floating array, a 13.7-megawatt plant in Japan that has 50,904 solar panels.

The construction of the Huainan plant underscores a move by China to reduce its use of carbon-spewing fossil fuels. While China leads the world in carbon emissions (the United States is second), it is also the world's largest producer of solar power. The country's photovoltaic (PV) capacity more than doubled in 2016 to 77.42 gigawatts, and the country plans to add another 110 gigawatts by 2020.

Built by Sungrow Power Supply, the latest so-called "floatovoltaic" plant in Huainan is the largest incarnation of a water-based solar farm. While most solar arrays are located on land, floating power plants provide several benefits. For one, the water naturally cools them, making PV cells more efficient. In turn, the solar panels shade the water, reducing evaporation and slowing the growth of algae blooms, which can kill fish and other aquatic creatures. Plus, the floating power plants take up less agricultural land and are often hidden from view.

Although the Huainan plant is massive, it's nowhere near as large as some of China's land-based solar farms. In fact, eastern China is home to the world's largest solar farm, which has 4 million solar panels.

Now That's Scary
China may be leading the word in solar energy, but it still depends on fossil fuels to spur economic development. The World Health Organization says in 2016, China was the world's deadliest country for outdoor air pollution. 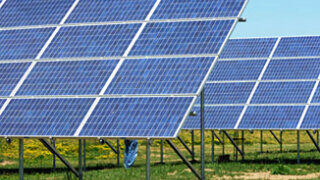 How does solar power help the environment? 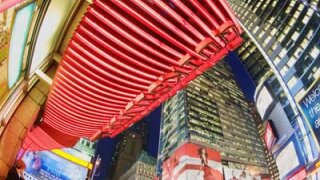 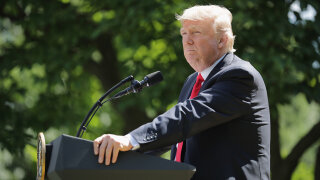