In the year 2050, what energy source will we use to power our vehicles? 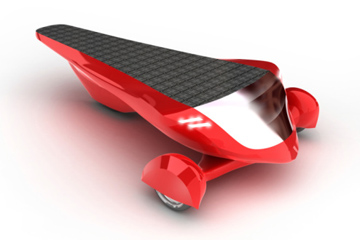 Standing at the gas pump, watching the fuel counter creep up as the money meter races along, you can't help thinking there's got to be a better way. Our reliance on gasoline to fuel our vehicles is expensive and harmful to the environment. Wouldn't it be great if we could ditch oil for some other fuel source that's efficient and clean? We couldn't possibly still be using gasoline by 2050, could we?

The answer to that question depends on many factors. It really boils down to spending the time, effort and money needed to make the switch from fossil fuels to some other power source. This switch won't be simple, easy or cheap. It's going to require not only technological innovation, but also political and consumer support. That's a pretty tall order.

The International Energy Agency (IEA) released a report in 2008 that projected future energy needs based upon what we currently require. The report encompasses all the ways we use energy and has a chapter devoted to transportation. In that report, the IEA states that by 2050, fuel use and emissions will be more than double the rates from 2005, assuming we still rely on fossil fuels. The IEA uses this projection as its baseline measurement if all we do is maintain the status quo.

By 2050, we expect that we'll have to rely on a wider range of techniques to supply the world with oil. Traditional oil production may be in decline at that point -- we'll have passed the peak of oil production. But our cars would still run on fuel that originated from fossil fuels. Pollution from this fuel could be as bad as or worse than what we experience today.

But we don't necessarily have to stick with fossil fuels. There are alternatives that we can consider, though all of them will require some fairly drastic changes. We could transition to using electric or fuel-cell vehicles. Both types of vehicles create fewer pollutants than gas-powered vehicles. But generating electricity can create pollutants if we don't use renewable sources like solar or wind power. And hydrogen doesn't exist in its pure form on Earth.

Right now, electric and fuel-cell vehicles are relatively expensive and impractical. To switch to this technology, consumers will need to demand cheaper vehicles and an infrastructure that supports them. In well-populated areas, it's not hard to find a gas station in most situations if you need to fill up. But until there are charging stations or hydrogen fuel stops, ditching your gas guzzler just isn't an option.

The IEA suggests that to bridge the gap between what we have now to the ideal future where we drive electric or fuel-cell vehicles, we should concentrate on investing in hybrids and cars running on biofuels. These vehicles could reduce emissions and dependence upon fossil fuels while we continue to work on making other forms of power a reality.

Learn more about what the future holds by following the links on the next page.

What happened to the green tech fad?
Precious Plastic Wants You to Build Your Own Plastics Recycling Center
Water Shortage? Let's Lasso an Iceberg