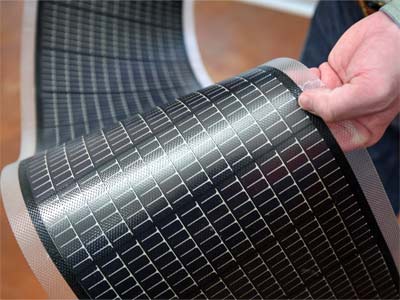 An engineer holds a sheet of thin-film solar cells at the National Renewable Energy Laboratory in Golden, Colo. Thanks to relatively low pricing and adaptability, thin film solar panels have quickly come to dominate the U.S. market in the last two years.
John Moore/Getty Images

Making solar power ubiquitous in large part hinges on cost. As long as fossil fuels, nuclear, hydroelectric and other means of power production are cheaper, market forces dictate that they will be the most popular. Some experts argue that $1 per watt of energy production is the proverbial tipping point for solar power, and it remains a much-talked-about milestone for solar-power producers [source: Hutchinson]. In February 2009, a company called First Solar announced that it had surpassed the vaunted $1 per watt threshold. But there are still many barriers in the way, including the extraction costs associated with the cadmium telluride, the material that First Solar uses in its panels, instead of silicon.

Various companies have competed to announce themselves as the leaders in solar-cell efficiency, a key factor in bringing down costs. In June 2007, Sanyo announced a prototype of a silicon-based solar cell that has an efficiency of 22 percent [source: Gizmag]. But six months earlier, Spectrolab achieved 40.7 percent efficiency with its solar cell [source: Gizmag]. Such milestones are often achieved with prototypes under ideal conditions.

Other companies, like Global Warming Solutions, have marketed special coatings that aim to improve the efficiency of existing solar cells, or advocate the use of concentrators, mirrors and other devices to focus sunlight on a solar panel.

Besides cutting costs, large-scale solar adoption may also depend on finding innovative ways to use the technology. Massive solar arrays -- such as the one planned for the Ivanpah Valley in the Mojave Desert that would use 318,000 mirrors -- pose environmental hazards, as they require clear-cutting huge tracts of scrub and desert lands that support wildlife and also absorb carbon dioxide. One possible solution is distributed energy generation, in which millions of homes, buildings and private properties have small solar-panel arrays that harvest energy and sell the excess back to a smart grid.

As the cost of more established forms of solar tech come down, keep an eye out for nanotechnology, from nano flakes to "quantum dots," that promises to trap and convert more energy than traditional silicon-based solar cells. However, many of these supposed breakthroughs, including nano flakes, may never reach the open market and thus never revolutionize solar energy.

With that in mind, here are some other emerging technologies to look for:

For more information about the next generation of solar technology and other related topics, look over the links below.