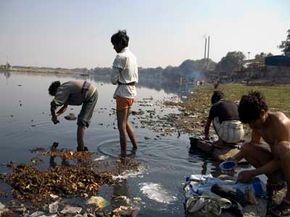 ­The United Nations (U.N.) calls it a "hidden global scandal" [source: U.N.]. UNICEF reports that it "sickens thousands of children every day" [source: UNICEF]. What's the culprit? A familiar compound of a single hydrogen molecule bound to two oxygen molecules -- with a lot of harmful bacteria mixed in.

In the United States, we're urged to drink eight 8-ounce glasses of water per day to improve our bodies' nutrient uptake, digestion, skin appearance and more. For most Americans, this is a simple proposition since water is usually a few steps away at the nearest faucet. However, it's a different story in places like South Asia and sub-Saharan Africa, where two-thirds of the population have no access to drinkable water or sanitation resources [source: UNICEF].

­When clean water isn't available, as is the case in many developing countries, unclean water may do more harm than good. First, the bacteria found in untreated water sources can make people sick. In neighborhoods and villages without proper bathrooms or toilets, fecal matter and urine may also taint the water supply. On top of that, water stored improperly in open containers can become contaminated.

We aren't talking about small clusters of people here and there who have no potable water. Nearly 40 percent of the global population lacks dependable access to clean water and sanitation facilities, fostering squalor and the spread of disease [source: CDC]. Common water-borne illnesses include: ­

Along with a nasty set of related diseases, the scarcity of water accounts for 1.6 million diarrheal deaths -- mostly children -- every year across the world [source: CDC]. The World Health Organization (WHO) estimates that one-tenth of global disease could be eradicated with better water management and supply practices [source: WHO].

­But how do you confront an issue that affects a group almost as large as the population of China that lives in areas with severely limited resources? A team of designers from California thinks that a shiny blue tricycle might solve a piece of that puzzle.

What is the Aquaduct? 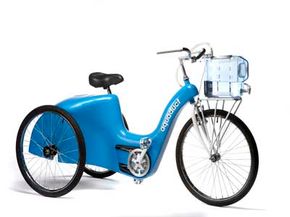 The Aquaduct takes the hauling power of a bicycle and adds a water filtration system to it.
Photo courtesy of IDEO

Biking is a hip thing to do in an increasingly eco-conscious world. Yes, it sculpts your buns and thighs, but it also burns no fossil fuels. Now think about a tricycle. It's the vehicle of choice for toddlers and tykes, but it also could dramatically improve the living conditions of millions of people in Third World countries.

­A life-changing tricycle may strike you as illogical, but tech powerhouse Google disagrees. The company, along with co-sponsors Specialized Bicycles and Goodby, Silverstein & Partners, selected a water-filtering tricycle as the winner of its 2008 Innovate or Die Pedal-Powered Machine competition. Chosen from among 102 entries, the Aquaduct Mobile Filtration Vehicle claimed the crown. It also snagged a gold medal from the International Design Excellence Awards for the eco-design category, as well as scores of hits for its promotional YouTube clip.

What can this buzz-worthy bike do? The prototype Aquaduct looks like an oversized tricycle and works simultaneously as a transportation and water-filtering device. Its designers from IDEO global design consultancy envisioned the tricycle initially as a way to draw attention to the more than 1.1 billion people who don't have access to potable water and offer a possible solution for clean drinking water [source: Team Aquaduct]. Granted, there are many companies and organizations aiming to solve that problem as well, but the Aquaduct concept attacks the issue from a novel, two-pronged approach.

In developing countries without running water, the daily duty of obtaining water often falls to women and children. They walk an average of four miles (6.4 kilometers) every day in order to retrieve water [source: IDEO]. Even then, there's no guarantee that the water they collect is purified or that they have storage containers to shield it from bacteria. Women and children can haul water much easier on a tricycle like the Aquaduct than carrying it. And by the time they get back to their home, they'll have up to 2 gallons (8 liters) of filtered water ready for use in the removable clean water container on the front of the bike.

In addition to saving time and human energy, the Aquaduct also cuts back on carbon emissions. Motorized vehicles that may carry water to remote areas burn fossil fuels. Boiling water to purify it also results in carbon dioxide production. The Aquaduct eliminates both. 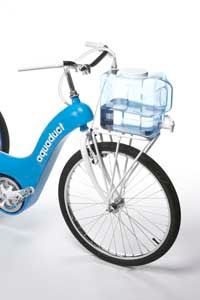 The Aquaduct prototype uses a peristaltic pump to drive the water from the holding tank in the back to the removable clean tank.
Photo courtesy of IDEO

The Aquaduct offers a solution to a specific problem: It increases accessibility to water and provides a means of sanitization to reduce the presence of deadly water-borne diseases. Since the intended Aquaduct riders live in the poorest areas in the world, the designers understood that a plausible solution would have to be simple and innovative. Perhaps that's why there's nothing particularly innovative about the components of the Aquaduct Mobile Filtration Vehicle prototype. You take the basic mechanics of a bicycle and a water filter and combine the two into one machine.

Aside from the tricycle frame, the main parts of the Aquaduct are:

­In order to get that water moving from the holding tank to the clean tank, you must pedal. The rotational motion of pedaling drives the peristaltic pump action that directs the water flow. Peristaltic pumps move liquids via compression and suction. When the pump turns with the pedaling motion, it compresses the tubing. As it continues to rotate, it releases the compression, creating suction and drawing water through it. Think about dunking a disposable water bottle into a pool. If you squeeze the bottle while it's submerged and then release it, that suction forces the water into the bottle.

Continuous pedaling allows the pump to draw the dirty water from the holding tank and push the water through the filter and onward. The activated carbon in the filter cleans the water by a process called adsorption. During adsorption, molecules from volatile organic compounds, chlorine and other chemicals cling to the carbon particles, removing them from the water [source: Lenntech].

If you reach your destination before you've filled up the detachable clean tank on the front of the Aquaduct, no problem. Release the clutch to relieve the belt tension and disengage the pedals from the wheels [source: IDEO]. Once you do that, you can pedal the stationary bike to filter more water. After you've filtered the water, you detach the clean tank from the bike and carry it wherever needed.

In an age of mindboggling gadgetry, the Aquaduct design stands out for its minimalism. Yet, the main downside to the Aquaduct is that people in the Third World probably w­on't be pedaling their way to cleaner water anytime soon. Like many useful products, the Aquaduct in its current form is still too pricey to become a practical vehicle in developing countries. This is a common hurdle when designing technologies for the Third World.

­But the Aquaduct project hasn't been canned. According to the design team's blog, they're searching for a cheaper and more efficient filtration method instead of the carbon. In addition, the wave of positive attention it's received since claiming the Innovate or Die title could get the wheels of Aquaduct project rolling. After all, there are 1.1 billion reasons to turn the prototype into a reality. 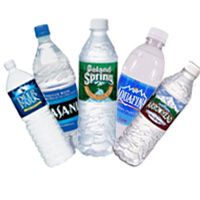 Up Next
How Bottled Water Works
Explore More 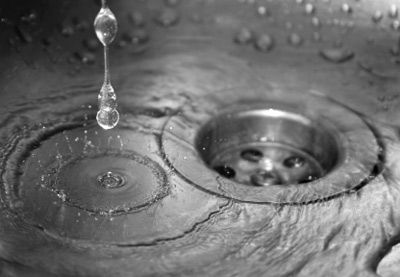 You May Like
How Gray Water Reclamation Works
Explore More 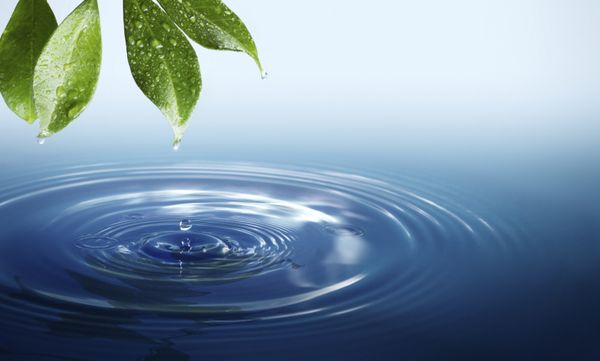