In October 2017, California experienced some of its worst wildfires in decades due to drought and climate change. Here Fire Air Tanker 89 drops fire retardant on the Oakmont Fire near Santa Rosa. David McNew/Getty Images

Aside from those who identify as climate change deniers, most of humankind is generally concerned about global warming. Some scientists think that ongoing and planned efforts to reduce carbon dioxide emissions aren't enough and are promoting a controversial idea called geoengineering. It's basically manipulating Earth's natural systems to offset the warming effect.

But not everyone is on board. As far back as 2010, experts have cautioned lawmakers on their efforts until scientists better understand its effects. Geoengineering could have unintended or unforeseen consequences, and experts currently have no way to address, for instance, the plans of one country affecting the climate of another.

Dr. Raymond Pierrehumbert, professor of physics at University of Oxford, is one of the leading scientists opposing geoengineering. In a 2015 article for Slate he said "the idea of 'fixing' the climate by hacking the Earth's reflection of sunlight is wildly, utterly, howlingly barking mad."

Most scientists in favor of drastic measures agree there's no way to know how the planet will react to geoengineering. "As far as research goes, everybody agrees that we need a much better understanding of certain aspects of the climate system (especially cloud responses) before one could even begin to assess what [solar radiation management] would do to the planet," Pierrehumbert says. "We need to be able to monitor the Earth's radiation budget much more accurately as well."

Pierrehumbert also says one of the biggest problems with geoengineering is what he calls millennial commitment, which means once we start taking drastic geoengineering actions, we cannot stop. The effects of climate change will continue building, and if the solar engineering efforts cease, the pent-up global warming could happen all at once, instead of gradually.

"That is an unacceptable burden to place on future generations and would make living with the nuclear Armageddon peril of the Cold War look like a cake-walk," Pierrehumbert says.

So what exactly are types of geoengineering that scientists are considering to avert a climate disaster? We'll take a look at five of them, from the least to most radical.

City workers in Massachusetts plant trees with the Urban Forestry division in April 2017 in hopes they will survive during the era of climate change. Suzanne Kreiter/The Boston Globe/Getty Images

The mildest geoengineering strategies are to pull harmful gases from our air, particularly carbon dioxide and methane. Carbon dioxide comes from burning fossil fuels and is the worst contributor to climate change. Methane is stronger, but it breaks down more quickly in the atmosphere. Thus, many scientists are concentrating on C02.

Yet C02 can be filtered naturally from the atmosphere in ways that we're already familiar with: planting trees. It's a simple method to remove C02 from the air because trees naturally absorb it. It seems like a no-brainer at first, but there are still complications. It needs to be performed on a large scale (think forest-sized swaths of foliage), and trees take a long time to grow. Some scientists are also concerned that new forests could take up valuable land needed for farming.

Still, of all the geoengineering schemes on the table, this is the easiest and most affordable, and has the fewest negative consequences. It won't solve our problems, but it won't hurt, either.

Some scientists want to clean the planet with industrial-sized air filters designed specifically to remove carbon dioxide from the atmosphere. In this method, air is sucked into giant turbines, then is passed through filters that capture the C02. The cleaned air is then released back into the atmosphere. The filters are heated to clean them so they can be reused and the cycle can be repeated.

A Zurich-based company called Climeworks unleashed these fans in May of 2017. Climeworks says it is the world's first "commercial carbon dioxide capture plant," though the concept itself is not new. The strategy, called direct air capture, is also underway at companies in Canada, the United States and the Netherlands. However, Climeworks says 18 of its CO2 collectors already have removed 900 tons (914 metric tons) of carbon dioxide at its first plant in Switzerland.

This might sound extreme, but direct air capture is one of the safest methods of geoengineering because its lacks relatively drastic side effects. Still, several scientists caution that it can't keep up with current rates of carbon dioxide emissions.

The iron hypothesis says that adding iron to the oceans will trigger algae blooms (seen here), which could pull carbon dioxide from of the air. Andia/UIG/Getty Images

Scientists who have studied past phases of climate change have found that iron dust may have caused similar effects during ice ages and are hoping to replicate those without causing unwanted fallout.

Research shows that the strategy might work in the Atlantic Ocean but would probably be less successful in the equatorial part of the Pacific Ocean because of its circulation. In other words, the equatorial Pacific gets nutrient-deficient water from Antarctic Ocean currents, and experiments have shown that the supplemental iron alone isn't enough to trigger the plankton blooms. Scientists aren't even yet sure about other oceans.

Scientists from the Carnegie Institution have also considered pumping cold water from the ocean's floor up to the surface, which could have a slightly cooling effect on the atmosphere. However, this process would cool for about 50 years, and could create numerous other problems by disturbing marine ecosystems.

The 1991 eruption volcano of Mount Pinatubo in the Philippines spewed 20 million tons (18.1 million metric tons) of sulfur into the atmosphere and reduced temperatures by a half degree Celsius for a year. Dave Harlow, USGS

The field of geoengineering was actually inspired by a 1991 volcano at Mount Pinatubo in the Philippines. As a result of the eruption, an estimated 20 million tons (18.1 million metric tons) of sulfur were scattered into the atmosphere, and global temperatures dropped about a half degree Celsius over the next year. Why? The clouds of sulfur blocked some of the sun's rays, keeping temperatures down. This might not sound like much, but it's more than half what the planet has warmed naturally over the previous 130 years.

Now, some of the more radical geoscientists are talking about replicating the Mount Pinatubo's effects by spraying sulfur into the atmosphere, hoping to bring down the planet's temperature yet again.

In 2010, David Keith, director of University of Calgary's Energy and Environmental Systems Group told NPR that injecting sulfur dioxide via jet is easy and inexpensive. "It takes so little material to alter the whole planet's climate," he told NPR. "The costs of doing it are just absurdly cheap."

But it also has significant disadvantages that science doesn't fully understand. For example, one possibility is that stratospheric aerosol injection could impact agriculture in parts of Africa and Asia. Plus, sulfur is known to create air pollution that's potentially fatal, and it can be destructive to the ozone layer.

One of the boldest geoengineering ideas is to block some of the sun's rays from ever even reaching Earth, though it would be insanely expensive. Kreuzschnabel/Wikimedia Commons

This scheme goes a step further than the sulfur injection plan, though the general idea is similar. Rather than simply blocking some of the sun's rays, scientists want to reflect them back at the sun by sending a variety of materials up into the atmosphere.

One proposal suggests launching balloons to a high altitude and then spraying them with "reflective" particles. Other groups have proposed that a more dramatic approach is necessary, and recommend deploying a fleet of 3-foot-wide (.9-meter) reflective shields. The cloud of shields would be more than 62,000 miles (99,779 kilometers) long. Eventually, 16 trillion of these shields would be positioned over eight years — at a cost of trillions of dollars.

The negative side effects could be devastating: Reducing sunlight has the potential to make the planet drier. Models have predicted a 1 percent reduction in rainfall for every degree Celsius of warming that we reverse, which has the potential to increase droughts and reduce food production in vulnerable areas. And what becomes of the trillions of shields? That's a lot of debris that could become dangerous as it pollutes space or falls back to Earth, where it would eventually need to be disposed of. 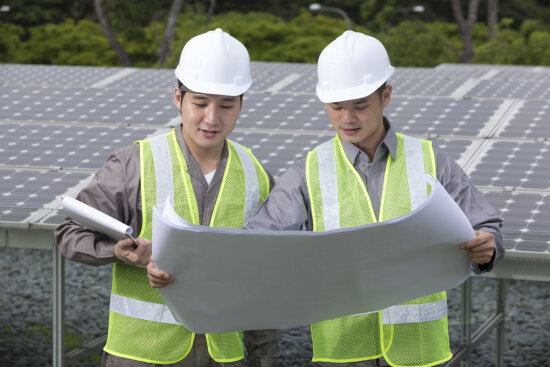 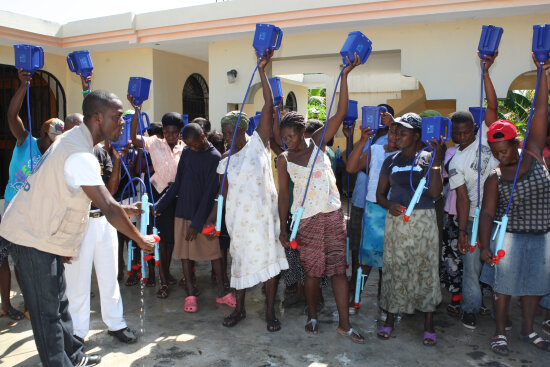 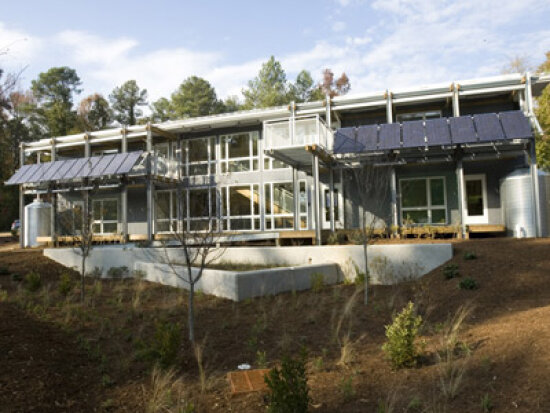 How the Duke Smart Home Works