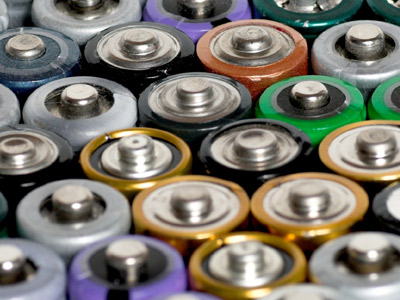 What if you could recharge your dead batteries with the wind? See more green science pictures.
©iStockphoto.com/JanBer405

When battery manufacturers started mass producing rechargeable versions of the once exclusively disposable power sources, it was hailed as a green achievement. And while the ability to recharge is a huge improvement over just throwing out all those handy AAs (which most people still do), the charging process isn't particularly green, since most chargers have to plug in to a wall outlet. Recharging all those green batteries uses dirty grid power.

Wind is becoming an increasingly common method of generating cleaner energy. The United States expanded its wind-power capacity by 50 percent in 2008, and global capacity jumped by nearly 30 percent [source: Davidson]. Wind has significant benefits as an "alternative" energy source. It's typically more efficient than solar, and it doesn't require huge tracts of cropland like ethanol.

The Febot wind-powered recharger uses the same basic power-generating method as those massive turbines in grid-connected wind farms. It simply shrinks the machinery -- considerably. It's a slim, torpedo-looking gadget, about 5 inches (13 centimeters) long, with a propeller that captures wind energy. Inside the body of the device, a AA battery then captures the electricity generated by the turbine's mechanics.

In this article, we'll find out how the Febot wind-powered battery charger works, how it's operated, and what pros and cons it brings to the table. We'll begin with a look inside.

If you were to take apart a Febot mini wind turbine, you'd find pretty much the same basic parts that generate electricity in a 200-foot (60-meter) wind turbine. Febot is just smaller, simpler and much, much lighter. And instead of feeding electricity into an electrical grid, it feeds it into a AA battery.

At the base of the Febot is a suction cup. That's how the device is exposed to the wind -- it's designed to stick to an outside window or wall (pretty much any flat surface).

A propeller spins around the Febot torpedo's mid-section, capturing wind energy. When the propeller spins, it spins a tiny generator inside the casing. That generator converts the rotational energy of the spinning blades into electrical energy -- specifically, alternating current (AC).

Batteries use direct current (DC), though. So that current then travels through the casing to a rectifier, a device that changes AC into DC. Wind-generated DC then flows into the battery sitting in the nose of the torpedo, storing the clean electricity for later use in, say, a remote control or RC car.

Since it's just a prototype right now, several things about the design are uncertain, but this is the concept at work. Beyond inner mechanics, there's also some speculation about just how useful the Febot might be, or not be.

For example, few devices use just one AA battery.

Let's find out whether this conceptual gadget could become something you'll actually use to recharge your AA batteries.

The Febot concept is a solid one. There are other wind-powered chargers in development, like the tent-mounted Orange charger, LG's SkyCharger and the available-for-purchase HYmini. The latter two combine wind power with solar power, and all are chargers for handheld devices like cell phones and MP3 players. They don't rejuice AAs.

That's where Febot comes in. It does seem to fill a niche, since lots of gadgets still run on the little cylinders. In theory, you could just insert a dead battery from your TV remote, walk outside your house and stick a Febot to your living room window. And eventually, you'll have a cleanly recharged battery with which to change the channel from the couch.

The question is, though, when exactly is "eventually"?

No one is saying how long it would take to charge a battery using Febot. Devices like HYmini use supplemental solar power to cut down on charging time.

And while the Orange charger is like the Febot in that it relies exclusively on wind, it also has what may turn out to be a more ideal orientation for capturing that wind. Whereas Orange is mounted above a tent, fully exposed to the wind from all directions, Febot's blades are just inches from the surface the device is mounted on. This raises some questions about how efficiently it'll capture an available gust.

And for those of us who have tried to use suction-cup mounts, there are also some questions about how well Febot will actually stick to a surface when you add in the weight of a battery and force of the wind.

Still, Febot has a lot going for it as a battery charger. Beyond relying exclusively on clean power, it's lighter and smaller than current devices that recharge AA batteries, so it could be a lot easier to travel with. Ultimately, this prototype could prove to be more a jumping-off point than a truly marketable device. But we shouldn't underestimate jumping-off points. They're where alternative-energy innovations begin.

For more information on Febot and related topics, look over the links on the next page.

Mother Earth News has a tutorial on building your own wind-powered battery charger. You can check it out here. 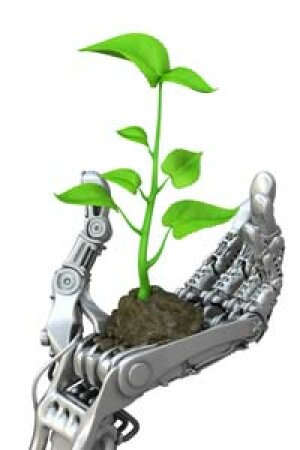 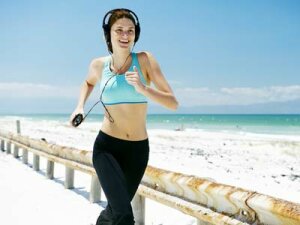