Browse the article Have We Hit the Peak Recycling Point? 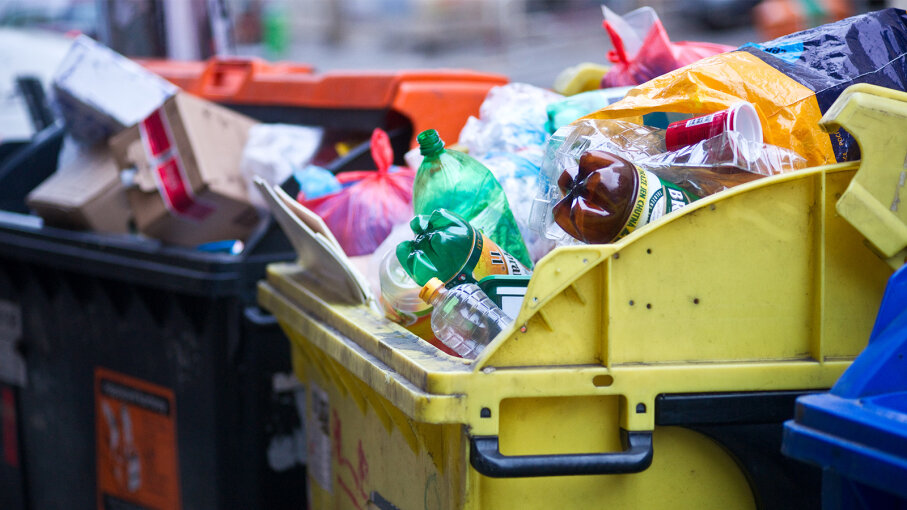 Recycling has become a way of life for most people, but have we hit a point at which it is no longer cost effective? Kypros/Getty Images

In the 1970s, Americans first started embracing a new idea intended to help protect the environment and reduce our squandering of natural resources. Instead of just throwing their garbage away, people began separating materials — such as glass, metal and paper — that potentially could be processed and reused and started leaving them by the curbside in bins to be collected and transported to recycling plants.

Back then, recycling seemed like a revolutionary step toward a less wasteful society. But not quite a half-century later, that revolution seems to be stuck in neutral, which leaves us wondering whether there is a peak recycling point and whether we may have already reached it.

Thanks to population growth, we continue to generate an ever-increasing amount of trash — 262.4 million tons (238 million metric tons) of it in the U.S. alone in 2015, the most recent year for which the U.S. Environmental Protection Agency (EPA) has data. That's up from 208.3 million tons (188.7 million metric tons) in 1990, and it works out to about 4.5 pounds (2.04 kilograms) per American each day — a third more trash than Americans generated individually back in 1970.

That might seem pretty impressive, but it isn't. The U.S. ranked just 25th among the world's industrialized nations in recycling, according to a 2017 report by Eunomia, a British research firm. Germany, in contrast, recycles or composts about two-thirds of its garbage, and 10 other countries in Europe and Asia achieve a 50 percent rate or higher.

Even more troublingly, as this July 2018 article from the journal Resource Recycling notes, U.S. recycling rates have pretty much stalled in recent years. As a result, we're still burying more than half of the trash that we generate in landfills and burning the remainder.

One challenge to recyclers is that the waste stream has evolved. "Years ago, you had more glass bottles and cans," explains Marjie Griek, executive director of the National Recycling Coalition, an nonprofit organization that focuses upon promoting and improving recycling across the U.S. There also was a lot more discarded newspaper, which was heavy and accounted for a lot of the volume, and fewer plastic bottles.

These days, in contrast, recyclers have to deal with more plastic and e-commerce packaging, as well as a new generation of complex materials that are more difficult to process.

"Your basic steel and aluminum and other conventional materials are more easily captured, sorted and recycled," Griek says. Today, in contrast, cans increasingly are made of metal coated with other materials, which are tricky to separate. Additionally, "you have blends of metals," she says. "How do you extract those and separate them so that they're fully recyclable?"

Paper coated with plastics, such as the material used to make disposable coffee cups, is another dilemma that recyclers are trying to solve. "Either one could be recyclable, but when they're grafted together, it becomes a problem," Griek says.

While what we're discarding has changed so rapidly, it's not so easy for recycling plants — costly facilities that were built to handle the old mix of trash — to adjust. "You've invested millions of dollars in equipment to sort that older material, and now along comes some new material that maybe the machinery wasn't designed to sort," Griek says. "So, you have to invest in new equipment. But financially, you can't keep up with that, because you can't buy a new million-dollar machine every two years to keep up with the changes in packaging."

Additionally, while the typical person who puts bottles and cardboard packaging in the curbside bin for pickup may think of it as another government service, recycling actually is an industry that has to generate income to be sustainable.

"We hear so much in this industry that recycling should be free, that you're making money off my stuff, " Griek says. "But when you look at the cost of the equipment to collect the materials, the drivers, the trucks, the insurance, the processing facility with million-dollar equipment to sort and bail it so the plastic can be shipped to another processor who will make flakes out of it and sell it, those are a lot of expenses."

Additionally, recycling is a commodity-based industry. "It doesn't have a steady market, necessarily," Griek says. "It depends upon demand for those materials."

Recently, the market has been thrown into disarray by China's decision to stop importing 24 categories of recycled materials, including plastic and paper, from the U.S. and other countries. As this October 2018 CBS News story details, the Chinese ban is causing recycled materials to pile up without buyers at sorting centers across the U.S., forcing many communities to either bury them in landfills or burn them.

Even when the Chinese are willing to accept recyclables, they insist on materials with extremely low contamination rates. That's a big problem for the U.S., where many communities — in an effort to encourage recycling — no longer require residents to separate and clean recyclable materials. As a result, about 25 percent of recyclables collected turn out to be contaminated and unusable, explains Brandon Wright, vice-president for communications and media relations for the National Waste and Recycling Association, an organization that represents private-sector trash hauling and recycling companies.

"One in three Americans are recycling, but what's raised that number has been moving away from dual stream [or separated] recycling to single stream [or intermingled glass, paper, plastic, etc.]," he explains. People "are throwing the milk jug in the bin, thinking that it's recyclable. But there's some milk in it." Most people don't realize that this botches things up at recycling centers, where workers have to spend more time extracting the dirty stuff that then has to be thrown away.

But even though things are tough at the moment, Griek doesn't think that recycling in the U.S. has peaked. For one, there are potential solutions to the problems that, at the moment, are hindering recycling. Makers of packaging could help, for example, by thinking more about the reality that the stuff has to go somewhere at the end of its brief useful life and designing it to be more easily broken down and recycled. And U.S. manufacturers of products could strive harder to find new and innovative uses for recycled materials that can be reused multiple times — what the U.S. Environmental Protection Agency calls sustainable materials management, or SMM. That would improve the market for recyclables.

Additionally, nearly 50 years after the recycling movement began, there are still places across the U.S. — most notably, Indianapolis — that still haven't even started curbside recycling programs. That suggests there's still potential for growth.

Now That's Interesting
Members of the zero-waste movement try to go beyond recycling and generate as little refuse as they can. Four years' worth of one adherent's garbage actually could fit inside a 16-ounce jar.