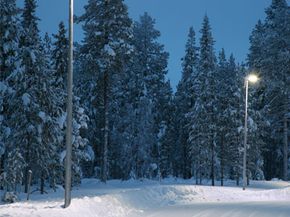 This snowy street is home to some of the first LED street lighting in Finland.
OSRAM press picture

Amidst all the hubbub about tackling global warming and cultivating green energy, one subject receives little coverage: streetlights. While an important public service, streetlights are expensive to maintain and taken together, suck down a lot of energy. So when a city like Los Angeles announces that it's converting 140,000 streetlights to light emitting diodes or LEDs, and Pittsburgh states that it's considering doing the same with 40,000 lights, it's time to take notice.

LEDs are gaining traction as a great alternative to traditional lighting because they are relatively environmentally friendly, don't consume much electricity and have long life spans. They last so long -- 14 years or more in some cases -- that they can be considered "semi-permanent" [source: Rosenthal and Barringer].

Some of the world's biggest electronics firms are now touting LEDs as the next big thing in lighting, whether in a small appliance or the biggest skyscrapers. By 2013, the LED market, which covers anything from holiday lights to those on the Empire State Building, is expected to be worth $1 billion [source: Rosenthal and Barringer].

In the past, LED lights had been seen in devices like indicator lights in appliances, calculators or in large sports scoreboards. But now, many large cities around the world -- Los Angeles, San Francisco, Toronto and Tianjin, China, to name a few -- are now switching to LED streetlights. Portugal is in the midst of a massive conversion program that is expected to encompass all of its streetlights.

In this article, we'll take a close look at why LED streetlights are taking off. We'll also maintain a critical eye as we discuss some of the lights' disadvantages. 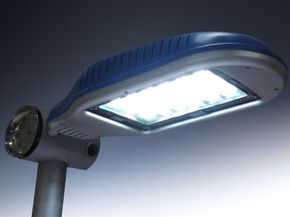 Some cities have harnessed LED lights to create clever effects, such as increasing in brightness when a pedestrian walks by.
OSRAM press picture

Chief among the advantages of LEDs is that they have extremely long lives -- they don't have filaments that can quickly burn out -- and they don't contain toxic chemicals like mercury, unlike traditional high-pressure sodium lamps or mercury-vapor lamps. An LED light can last 100,000 hours [source: Rosenthal and Barringer]. These lights also have reduced maintenance costs because of their long lives, and they give off less heat than other bulbs. Because they last so long, LEDs are suitable for places where replacing light bulbs is expensive, inconvenient or otherwise difficult.

LEDs are highly energy efficient. While compact fluorescent lamps (CFLs) recently have been touted as the standard in green lighting, LEDs actually have double their energy efficiency [source: Rosenthal and Barringer]. They use 15 percent of the energy of an incandescent bulb while generating more light per watt [source: Taub]. LEDs produce 80 lumens per watt; traditional streetlights can only muster 58 lumens per watt [source: Bailey].

Because of their energy efficiency and long lifespan, LED streetlights are advocated as a means for reducing carbon emissions. According to one estimate, converting all American light fixtures to LEDs would halve the amount of energy used for lighting in the country [source: Rosenthal and Barringer]. By integrating solar panels, the lights can become self-sufficient and even send excess energy back to the grid, with the adoption of so-called "smart" energy grids.

So what else do these lights have going for them? For one, there's no warm up needed -- they're quick to turn on. They don't produce ultraviolet light, which is what attracts bugs.

Because they produce "directional" light -- light emitted in one direction, rather than a diffused glow -- they can be used to direct light on specific areas. Unlike compact fluorescent lamps, they can be dimmed, allowing for more flexibility in controlling light levels. Some cities have harnessed LED lights to create clever effects, such as increasing in brightness when a pedestrian walks by or integrating systems that alert officials when a particular light needs maintenance. They can also be used to blink rapidly to signal to emergency responders where they are needed.

LEDs are increasingly becoming a popular alternative to compact fluorescent, fluorescent, and incandescent light bulbs in homes and offices. Even Buckingham Palace and the Times Square New Years Eve ball are lit by LEDs.

While there are many benefits to LED streetlights, there are some downsides too. They only provide directional light, so they can't produce a spherical "glow" emanating in all directions, like most lights. Because of this feature, they are generally used in streetlights that are hanging or facing downward, rather than in lamp-type lights. Still, they are considered well-suited to outdoor applications and some people have appreciated the directional light, as it doesn't cause streetlights to shine into homes or create light pollution by shining light into the sky where it's not needed.

The initial cost of LED lighting is high, and consequently, it can take several years for the cost difference to be made up through cheaper energy bills. An LED streetlight costs around $1,000, while standard lights cost $250 each. Similarly, a 60-watt fluorescent bulb for a home lamp can be purchased for $1, with a similar compact fluorescent bulb costing around $2. But an LED bulb, produced by Phillips and designed for home use, costs $107. The high cost derives in part from the material used: LEDs are often made on sapphire or other expensive substances.

Some users have been disappointed in the brightness of LEDs. But new technological developments have LEDs closer to producing classic bright white light. Eventually, LEDs are expected to be able to produce all colors of the spectrum, but for now, they are generally limited to red, yellow, green (hence their use in traffic lights), blue and a white that bears a slight blue tint [source: Britt].

While cities are trying to think long-term and, in the United States, seeking stimulus money to help fund LED streetlight conversions, the cost may be prohibitive for some municipalities. In light of the recession, some cities are turning off existing streetlights to save on electrical bills. Others are looking into adding motion sensors that activate streetlights only when pedestrians are detected.

Finally, some experts think that though many cities are interested in LED streetlights, the greatest barrier to widespread adoption of the technology may simply be education [source: McClear]. Many people are unaware of the many uses of solid-state lighting, as LEDs are classified, and that high initial costs can lead to long-term savings. But with companies like Phillips investing millions in research and development and clamoring for valuable municipal contracts, LED streetlights certainly have a bright future.

For more information about LED streetlights and other related topics, please look over the links on the next page. 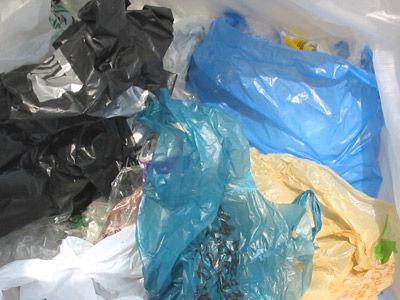 Up Next
What are eco-plastics?
Explore More 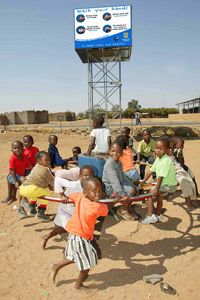 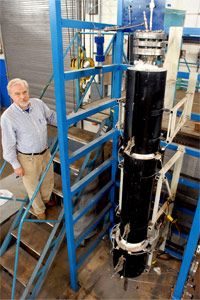