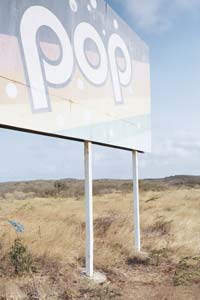 Most billboards stand out as something dead and man-made, but living billboards are changing this.
Raimund Koch/Photodisc/Getty Images

If you've spent much time on the highways, then you've probably seen your share of living billboards. While a 48-foot (14.6-meter) sign may initially stand out from the vegetation surrounding it, many environments have a tendency to take back what's theirs. Vines creep up poles and ladders. Branches droop to obscure slogans and logos. In the Southeastern United States, kudzu rolls over everything like a green wave.

While billboard owners traditionally do their best to keep these signs visible and free of plant growth, a new trend emerged in recent years. With environmentalism all the rage, why not jazz up a green advertising campaign with some actual greens?

Several big-league advertising agencies have stirred up some attention for their brands with billboards that literally come alive. In 2005, Young & Rubicam turned heads in Toronto with a billboard in Dundas Square. Featuring more than 900 live plants, the sign combined the texture and hue of living vegetation with more traditional signage promoting the Ford Escape Hybrid SUV.

In 2007, Chicago's advertising agency Leo Burnett erected a simple but eye-catching billboard in the Windy City for the McDonald's fast-food chain. The words "Fresh Salads" were spelled out in giant letters, each made up of living lettuce plants maintained in the sign. The campaign spread word of the restaurant's upgraded "healthy menu" across the environmental blogosphere.

In this article, we'll look at what goes into creating a green billboard and how the green community feels about the strategy. 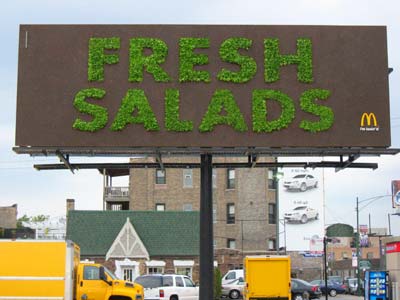 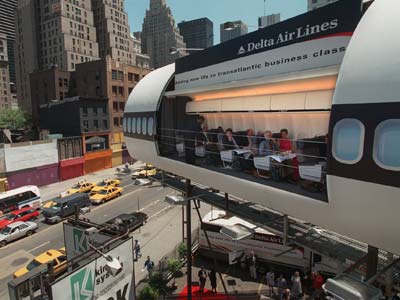 Explore the links on the next page to learn even more about advertising and environmentalism.