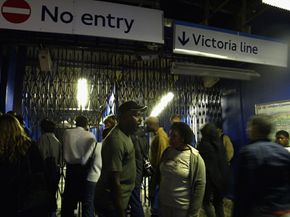 The weather forecast calls for hazy, hot and humid but if you're like many people, you only notice it as you walk from your cooled house to your cooled car to your cooled office. What would you do during the summer months without your air conditioning?

American homeowners spend more than $15 billion on home cooling, and roughly 5 percent of all the electricity produced in the United States is consumed by conventional air conditioning units. All that cooling releases an estimated 140 million tons (127 million metric tons) of carbon dioxide (CO2), a greenhouse gas known to contribute to climate change [source: American Council for an Energy-Efficient Economy].

Demand for air conditioning is expected to grow as temperatures increase. Heat waves cause blackouts, health problems and in some cases even death -- during the summer of 2003, at least 35,000 people died from a heat wave that baked Europe. Seven of the eight hottest years on record happened since 2001; the 10 hottest years have all been since 1995 [source: National Climatic Data Center]. Global surface temperatures have increased by 1.4 degrees F (0.8 degree C) since 1920, and scientists predict temperatures could increase an average of 2 to 11.5 degrees F (1.1 to 6.4 degrees C) by the end of the 21st century [source: Pew Center on Global Climate Change and EPA].

Reducing the use of fossil fuels and replacing them with renewable resources for energy is key to putting the brakes on the effects of climate change. The only option for reducing the energy consumed by air conditioning has been to simply turn it off -- until now. Solar air conditioners take advantage of the sun at its brightest and use its energy to cool you during the hottest part of the day.

A hybrid system combines photovoltaic technology (PV) with direct current (DC). It automatically switches between solar and battery power as needed. When it's set to hybrid mode, these systems charge their batteries when the sun is shining; when it isn't, the system runs on battery backup while charging its batteries via alternating current (AC) power.

GreenCore Air, for example, designed its solar-powered air conditioner to work either completely off the grid or as a hybrid solar/battery air conditioning unit. It is powered by a single 170-watt solar panel, runs on DC power and has the capacity to cool about a 600-square-foot (55-square-meter) room.

Solar-powered absorption chillers, also known as evaporative coolers, work by heating and cooling water through evaporation and condensation. Chillers cool the air by blowing it over water-saturated material -- solar energy is used to power the fan and motor. SolCool's hybrid solar air conditioner, for example, runs on solar energy, can be plugged in or can run off of batteries. Even when plugged in to a conventional power source, it operates at a maximum of 500 watts per hour, compared to about 900 for a conventional window unit (and 3,500 watts for an hour of central air conditioning). Its chiller option offers air conditioning for hours after a power failure.

Currently both McDonald's and the United States Navy are using GreenCore solar air conditioners. The McDonald's franchise is supplementing its HVAC system with solar air conditioners and plans to reduce its energy usage and operating costs with installation. The Navy's Naval Research Laboratories (NRL) site, which requires uninterrupted air conditioning 24/7, takes advantage of the solar AC's off-grid capabilities in its remote location.

For those looking to replace their conventional air conditioning with a greener option, solar-powered absorption chillers do offer reduced energy consumption but will increase a home's water consumption. By design, chillers need to be hooked up to a water line or water storage tank, making them a little less green than the hybrid solar-powered air conditioners that run on solar energy and battery power.

And no matter which style you prefer, a solar-powered air conditioner unit is going to cost you. It's not as much as installing solar panels on your roof, but compared to medium-sized conventional window air conditioning units that typically sell in the hundreds of dollars, a solar-powered system will cost you a few thousand plus installation fees. Chillers will also need to be hooked up to a water line. However, the cost savings to the planet and to your wallet in the long run could be encouragement enough.

For more information on solar air conditioners and loads of other green technology topics, look at the links on the next page.

Toyota has redesigned its Prius with a solar-powered ventilation system that keeps the car cool while it's parked -- no more returning to a molten-hot car after it's been parked in the sun all day. The system is mounted on the roof (it comes as part of the solar roof package) and is basically a fan powered by a solar panel. The fan circulates air in and out of the cabin and reduces cabin temps to about that of the outside ambient temperature. 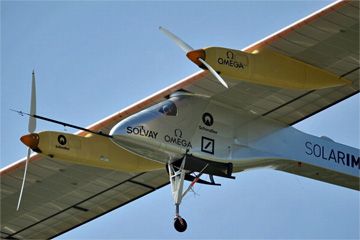 Up Next
How Solar Aircraft Work
Explore More 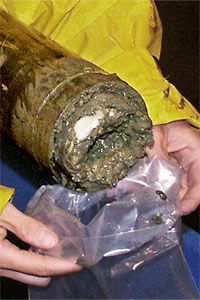 You May Like
How Frozen Fuel Works
Explore More