by Melanie Radzicki McManus Mar 15, 2016
Part of the issue with gunshot residue, whether recovered from someone's hands or nose, is that it's not a great way to definitively prove someone shot a gun. Peopleimages/Getty Images

If you read a lot of murder mysteries or watch a lot of crime shows, you've probably heard of gunshot residue being used to identify a killer. Gunshot residue — or GSR, as it's called by insiders — drifts onto a shooter's hands after a gun is fired, remaining there up to about eight hours.

But GSR settles in many other spots, too, including the inside of the shooter's nose. Your nasal passages are coated with a layer of mucus; any gaseous GSR particles that enter these passages become trapped in the sticky mucus, where they can remain for potentially up to 48 hours. In the past, investigators sometimes checked for these particles by having a suspect blow his nose. But a new sampling procedure may be better able to capture those snot-coated particles.

In a study published online in Forensic Science International in February 2016, researchers obtained nasal mucus samples via cotton swabs dipped in EDTA, a chemical solution. The snotty samples were then examined via graphite furnace atomic absorption spectroscopy, (GFAAS), which atomized them so that the particles could be examined via light waves. In addition to devising a new and improved sampling procedure, the researchers note that nasal GSR has the advantage of being relatively stable; the amount that settles in your nose doesn't decrease that significantly over time, unlike that on your hands, so crime investigators may be able to use nasal mucus samples along with hand samples to help solve shooting-related mysteries.

But some experts in the field downplay this new research. The FBI, for one, stopped performing gunshot residue analysis in 2005. Although an FBI spokesperson said then that the reason was merely because the agency had different priorities, many in the field say abandoning a decades-old technique more likely meant the FBI deemed its supporting science invalid.

"We stopped doing [gunshot residue analysis] along with the FBI and other crime labs because it's not reliable evidence anymore," says Kyle Anderson, forensic science supervisor at the Milwaukee Crime Laboratory, adding he doesn't think the new nasal mucus sampling procedure will be very relevant. "I don't see that we would ever adopt it."

Victor Weedn, professor and chair of George Washington University's forensic sciences department, is also skeptical. "I could see a metal particle staying [in the nose] longer. But if somebody has a cold, then you're going to have a lot more outpouring. He'd be sneezing or rubbing his nose, and it's not likely to stay over a couple of days. Plus, [the nose is] constantly draining, even without a cough or sniffles ... so you will still lose [the residue]."

Part of the issue with gunshot residue, whether recovered from someone's hands or nose, is that it's not a great way to definitively prove someone shot a gun. When you fire a gun, its firing pin hits the primer cap on the base of the cartridge, which then reacts and ignites the gunpowder. The bullet is forced out in a blast of heat and pressure, which also vaporizes the metals from the primer. These vaporized bits — namely lead, barium and antimony — shoot out with the bullet in a cloud called a plume, then drift down as primer gunshot residue as they cool.

The particles may land on the shooter or people standing nearby, and can be transferred from person to person with a handshake, says Anderson. They're also easily removable; a simple handwashing can eliminate all traces. Further, barium and antimony are naturally occurring and found in items such as fertilizer and makeup. Theoretically, then, you could apply powder blush in the morning and test positive for GSR in the afternoon, he says. It's even possible that someone standing next to you while you applied your blush could wind up with some of its particles on their hands or in their nose and test positive for GSR.

"There are a million different ways you can get those compounds on your hands," says Anderson. "To say [this means you shot a gun] is irresponsible. Not that it's a bad science, but it could provide false information to investigators."

Weedn agrees: "What [gunshot residue] really tells you is that a gun was fired in the vicinity where you find it." Still, he says it can serve an important function by potentially eliciting confessions from guilty parties. If you inform a suspect you found gunshot residue on his hands or clothing, and he's guilty, he just might spill the beans.

NOW THAT'S INTERESTING
It's possible to fire a gun and not have any gunshot residue on your body, as occasionally a firearm will not have any discharge, or simply not spread the particles effectively.

The Fight Over GMO Labeling Rages on Capitol Hill 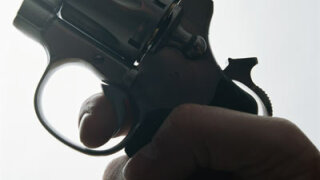 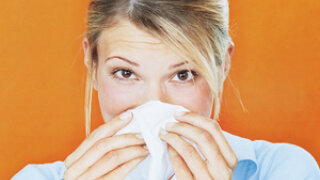 How can I keep my nose moist when I have a cold? 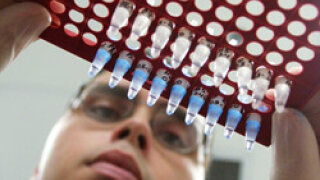