Want to Find Past Life on Mars? Dive Deep Into Earth First

To find life on Mars, we may need to take a closer and deeper look at Earth.

That's the conclusion of researchers who have started to compile an atlas of fossils in volcanic rock here on Earth. They hope their unusual atlas will prevent future robotic explorers from digging in the wrong place on Mars.

Scientists often turn to Earth to help us understand what we might find on Mars. Take the robotic rover that was unleashed on Earth's driest desert, Atacama, earlier this year. That robot could autonomously drill for bacteria below the surface. In that case, the rover actually uncovered microbes never before found in the high desert.

This might sound like a bit of a cheat. Earth is smothered in life-forms big and small, but finding Earth life isn't the point (though it is a scientific bonus!). The point is that if Earth microbes are eking out an existence in one of the harshest locations on our planet, perhaps some hypothetical microbes are doing the same on Mars, and we are building robots with the smarts to track them down.

Just one thing: Finding living microbes on Mars may be a little too optimistic. After all, Mars has seen more habitable days. So the next missions to be launched to Mars in 2020 will have cameras that can resolve images of tiny fossils of past life on the red planet.

But where to look?

Going Deeper Underground ... and Below the Oceans

Again, using Earth as inspiration, the majority of the terrestrial fossil record comes from sedimentary rock — rock that forms over millions of years via the interaction of water, minerals and organic material. As terrestrial life-forms die, they become one with the rock, leaving a fossilized imprint. You can see why then we might want to send robots to dig into sedimentary layers of rock that we know exist on Mars.

Except there's a hitch: Most of the rock on Mars isn't sedimentary, it's igneous — created from the vast lava flows that covered its surface when the planet was volcanically active eons ago. And that's why scientists at the Swedish Museum of Natural History are compiling an atlas of fossils that have been discovered in volcanic rock on Earth to help us identify tiny fossils in volcanic rock on Mars.

"We propose a 'volcanic microfossil atlas' to help select target sites for missions seeking evidence of extraterrestrial life, such as the NASA Mars mission 2020 and ExoMars," said Magnus Ivarsson, lead author of a study published in the journal Frontiers in Earth Science, in the related press release. "The atlas could also help us recognize what Mars microfossils might look like, by identifying biosignatures associated with different types of fossilized microbes."

Of particular interest are the microbes that thrive in possibly the most extreme locations in Earth, aka extremophiles!

"The majority of the microorganisms on Earth are believed to exist in the deep biosphere of the ocean and continental crust," said Ivarsson in the release. "Yet we are just now beginning to explore — through deep drilling projects — this hidden biosphere."

How deep? Well, that's the kicker. Ivarsson and his colleagues are interested in the fossilized remains of microbes that live a kilometer (0.62 mile) below the deepest ocean floors, where they are believed to have been thriving for 3.5 billion years. These weird life-forms are as alien as any sci-fi imagining of what a Mars microbe might be — they survive under extreme pressures and high temperatures, they never see sunlight and have adapted to feed off the igneous rock and other microbes surrounding them. They populate cavities in the rock, creating a complex ecosystem of microbial colonies quarantined from the surface.

As the cycle of life churns away over geological timescales, these microbes die and become one with the igneous rock they call home, forming an abundant fossilized history of this strange subterranean world. This goes beyond simply identifying what microbe fossils look like; the researchers want to understand their chemical composition so we can better understand how they evolved, what metabolic characteristics they had and work out "which geochemical conditions most favor fossilization," Ivarsson added in the release.

Wouldn't it be great if, by understanding where and how microbial fossils form on Earth, that our future Mars rovers could be directed to drill into a site where microbes would have most likely lived on the red planet? We'll have to wait and see, but first we'll need that volcanic microfossil atlas, which will be an ambitious project to say the least.

Now That's Interesting
Some extremophiles can withstand multiple extreme conditions. They're called superheroes, or rather polyextremophiles.

Bed Sizes Are Totally Getting Bigger 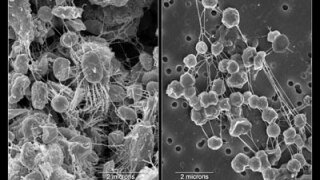 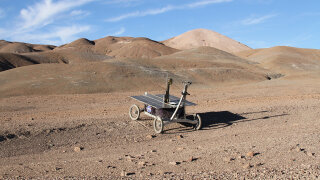 Hunting for Martians in the Most Extreme Desert on Earth 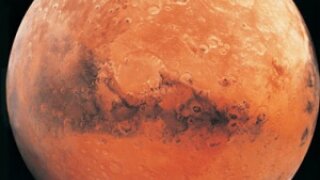