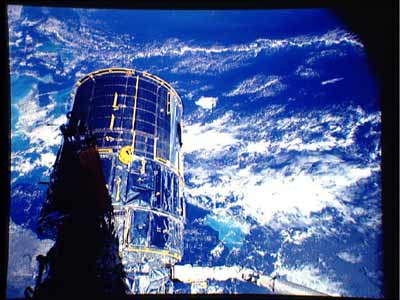 A view of the Hubble spacecraft as it orbits the Earth. See more Hubble Space Telescope pictures.
Courtesy NASA

The Hubble Spacecraft, also known as the Hubble Space Telescope or just the Hubble, launched in 1990 and has been sending us amazing pictures of distant galaxies ever since. But the Hubble's journey hasn't been a smooth one. In fact, there were problems with the Hubble from the very beginning. As a result, part of the Hubble's history is a series of NASA missions designed to repair the telescope. The latest repair mis­sion will also be the Hubble's last -- NASA plans to replace the Hubble with a new space telescope in 2013.

Why use a space telescope in the first place when we have massive telescopes here on Earth? Space telescopes can focus on objects that are fainter and further away than terrestrial telescopes. It all has to do with the Earth's atmosphere. Particles in the air absorb, refract and reflect light. Warm air rises and cold air falls, which can also distort light. In space, there's no interference because there's no atmosphere. Telescopes in space are able to collect much sharper images than the ones we have here on the ground.

But a space telescope is more accurate than Earthly telescopes only if it's designed properly. About a month after NASA launched the Hubble, the organization discovered that the telescope they had been working on for eight years had a fundamental flaw. A mirror designed to reflect light into the telescope's sensors wasn't the right shape. The mirror's manufacturer had made a mistake when building it. As a result, the images the Hubble sent to NASA were out of focus and blurry.

NASA soon scheduled a repair mission, which launched in 1993. NASA sent up astronauts in the space shuttle Endeavour to manually repair the telescope. Five space walks later, the astronauts completed the repairs. They installed a device containing 10 small mirrors that intercepted the light from the primary mirror and corrected the pathway to the sensors. Afterwards, the Hubble began to take some of the most astounding images of space we've seen so far.

But the Hubble once again needs repairs. Unlike the problem with the mirror, these repairs involve multiple systems and are much more complicated. For a while, NASA considered abandoning the Hubble completely rather than invest in another repair mission. Ultimately the organization changed its course, and now it has scheduled another repair mission. We'll take a look at what exactly happened to the Hubble to necessitate repairs, why NASA almost decided to give up on the telescope and what the future has in store for this device.

So what exactly is wrong with the Hubble? We'll focus on the problem in the next section. 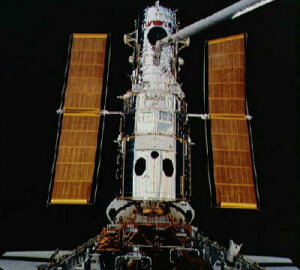 How the Hubble Space Telescope Works 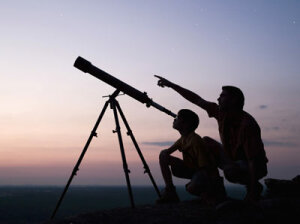