Browse the article Why do I have to join the French Foreign Legion under an assumed name? 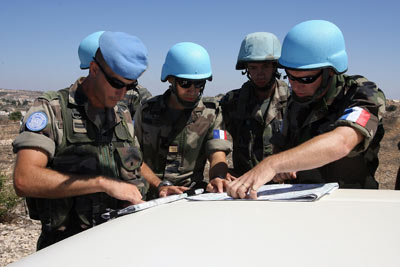 For years, young men have been running away from home to join the army. Some are hoping to leave behind disadvantaged conditions. Others are trying to escape a scandalous situation. Either way, they see the army as a place for redemption -- a place to start over and earn respect. While many military forces acknowledge this reality, one uses it as a recruiting hook. That force is the French Foreign Legion, a unique mercenary unit in the French army that advertises itself as "the school of second chance."

A defining characteristic of the legion is its rule of anonymat (French for "anonymity"), which says that all Legionnaires must give up their civil identity upon enlisting. With their old identities set ­aside, recruits join the legion under a declared ident­ity -- a new name that they use during their first year of service. At the end of the first year, a Legionnaire may reclaim his old name through a process known as "military regularization of the situation," in which fresh identity papers are obtained from the person's home country. Alternatively, a Legionnaire can choose to spend his entire five-year career under his declared identity.

­This practice might seem strange until you consider exactly how the legion operates. Unlike typical national armies, which recruit their own citizens, this military force only recruits foreigners. That's why it's called the French Foreign Legion. Any French citizens who want to join must change their nationality to another French-speaking country.

In many ways­, Legionnaires are shedding their former national identities for a new French identity. Not only that, many men (the legion doesn't accept women) who join have questionable backgrounds that they're trying to leave behind. The declared identity rule levels the playing field for all Legionnaires, whether they have a checkered past or not.

­The unique customs of the legion owe much to the tumultuous history of 19th-century France. On the next page, we'll look briefly at this history to gain some more insight into how and why declared identity became such a defining characteristic of the French Foreign Legion. 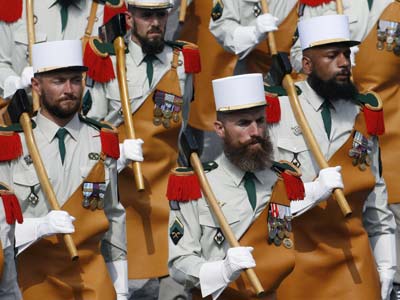