by Patrick J. Kiger Feb 10, 2017
The ongoing cleanup at the Fukushima Daiichi nuclear pictured in May 2016. Eric Laffourge/Art in All of Us/Corbis/Getty Images

In March 2011, a massive magnitude 9.0 earthquake off the coast of Japan triggered a nearly 50-foot-tall (15.3-meter-tall) tsunami that inundated that nation's Fukushima Daiichi nuclear power plant. The massive wave disabled the plant's power supply and cooling systems for three nuclear reactors, which then suffered catastrophic meltdowns. The event was the most serious nuclear accident since the 1986 Chernobyl disaster in the then-Soviet Union.

The World Health Organization reported in 2016 that although "substantial amounts" of radioactive material had been released into the environment, there were no acute radiation injuries or deaths among workers or the Japanese public as a result, and that health risks due to direct exposure were low in Japan and extremely low in the rest of the world. But the task of cleaning up the damaged plant and preventing further radiation releases has proven to a difficult and expensive one.

In order to seal off the reactor buildings and prevent leaks of radioactive water into the Pacific Ocean, for example, the Japanese government reportedly has spent $320 million to build an "ice wall," an underground barrier of soil that's been frozen by a network of pipes containing chilled brine. (Here's more information on how the ice wall works from the Tokyo Electric Power Co. (Tepco), the plant's former operator.) Meanwhile, workers are proceeding with the complex task of dismantling the damaged plant and removing its nuclear fuel.

Fukushima was back in the headlines last week, though. Tepco inserted a camera into the primary containment vessel of the damaged Unit 2 reactor and used image noise to calculate that the radiation level there was 530 sieverts per hour. That's about 10 times the amount of radiation levels outside the Chernobyl reactor core after its 1986 meltdown, and many times more than the 8 Sv/hour level that would be fatal to a human being. (Here's a chart explaining radiation doses.)

That startling number led some to assume — mistakenly — that there's been a sudden increase in radioactivity, and that it's leaking out of Fukushima and perhaps endangering people. In a Feb. 8 press release, Tepco explained that isn't so. Data from its other external monitoring devices — including sensors measuring airborne radiation and dust — have remained stable. "There has been no change in radiation level," Tepco explained.

But how do outside groups interpret the news? Safecast, an independent, volunteer environmental-monitoring group, has found radiation levels near the plant to be steadily declining, according to this blog post by lead researcher Azby Brown.

Scott Burnell, a public affairs officer for the U.S. Nuclear Regulatory Commission, says that the 530 Sv/hour number should be taken with a fairly large grain of salt, because a camera isn't a very precise instrument for measuring radiation. Even so, he said, "I don't doubt that it was a very significant amount of radiation the camera was dealing with."

So what does the 530 sieverts number mean? Most likely, it indicates that Tepco's probe got closer than ever before to loose fuel released after the core meltdown. Normally, Burnell explains, spent but still-intact nuclear fuel is stored in a pool under 40 feet (12.2 meters) of water. That's done to protect plant workers from radiation. But inside the damaged reactor, there wouldn't be any such protection. "Radiation doses would be coming straight off the remains of melted fuel, and there's nothing there to shield it," he said.

It adds up to an environment so hostile that even robots have a tough time functioning there. Indeed, as the Associated Press reported, a cleaning robot sent into the damaged reactor had to be pulled out before it had completed its work, due to camera malfunctions that probably were caused by radiation.

And that, perhaps, gives an indication of how difficult it's going to be to clean up the Fukushima plant going forward. According to Bloomberg, Japan's Ministry of Economy, Trade and Industry projects that the operation, which may take 40 years to complete, will cost more than $70 billion.

Now That's Interesting
In a June 2016 press release, Tepco apologized for previous corporate leadership's ban on use of the word "meltdown" in public statements about the 2011 disaster.

Decoding Your Desk: What Does It Say About You? 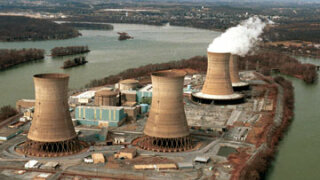