Goodbye to a Beloved Astronaut

John Glenn, the first American to orbit Earth and the oldest person to fly in space, died today after a long and storied career.

Well, make that careers. To say the least, Glenn was a multitalented man. He was a decorated Marine fighter pilot in World War II and the Korean War, and a dauntless aviator to boot. In 1957, he flew from California to New York in a record three hours, 23 minutes, and 8.4 seconds (yep, every second counts).

Chosen as one of the "Mercury Seven" — NASA's first astronaut class — during the heated "space race," he made history in 1962 by orbiting the planet three times in about five hours. And to top it all off, the Cambridge, Ohio, native represented his home state as a U.S. senator for 25 years.

Glenn's space adventures weren't without their hiccups, though. During the historic Friendship 7 flight, jet trouble forced him to use the manual electrical system. And his competition with Alan Shepard to be the first person in space is pretty well-documented. (Some high-achievers would argue that Glenn won, as Shepard's first spaceflight was only 116 miles (187 kilometers) high and 15 minutes long.)

Despite all his accomplishments, Glenn seems to have never lost his fascination with the cosmos. In a 2013 interview with Life magazine, he reflected on Project Mercury: "Human beings have been looking up at the sky for millennia, wondering what's up there. And all at once, here we were, with the chance to actually go. It was something brand new, and it was hugely exciting."

Glenn had been hospitalized at The James Cancer Hospital at Ohio State University with an undisclosed illness when he died. He was 95 years old.

Now That's Interesting
Glenn was 77 years old when he embarked on his second spaceflight, which involved experiments to determine the effects of microgravity on the aging human body.

Should We Rise Up Against the Elf on the Shelf?

When Software on the Blink Sends You to the Clink 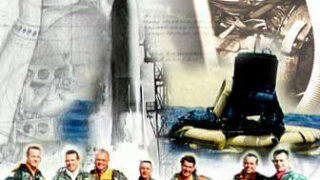 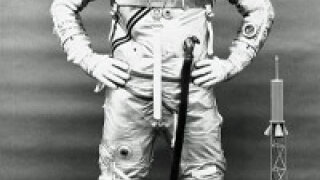