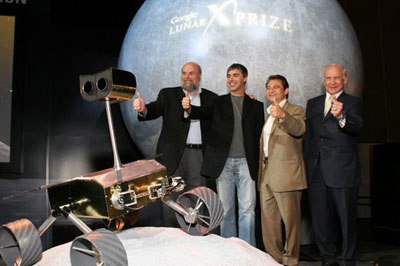 According to its corporate mission statement, Google is a search engine company pursuing the lofty goal of organizing the world's information [source: Google]. It's famous for fostering innovation in computer programming. The Googleplex, Google's corporate headquarters, reflects the company's values by providing employees a technologically advanced workplace designed with collaboration in mind. And now, Google is expanding its presence beyond Earth itself: Google is going to the moon. To understand how and why Google is doing this, let's take a quick look at past explorations.

On Jan. 2, 1959, the Luna 1 spacecraft launched from the then-Soviet Union. It escaped Earth's gravity and passed by the moon. Along the way, it used several instruments to collect measurements on its journey. Among the data sent back to Earth was the revelation that the moon has no magnetic field. Luna 1's launch marked the beginning of mankind's attempts to study the moon through space travel.

Over the next several decades, there would be more missions -- manned and unmanned -- to the moon. Gradually, people began to look beyond the moon to other bodies in our solar system. Interest in lunar exploration began to fade. But in 2006, NASA announced a new plan to send astronauts to the moon again by 2020 [source: NASA]. As a result, interest in the lunar landscape is on the rise.

This brings us to Google, a company that prides itself on being at the forefront of gathering and organizing information. Google is sponsoring a competition called the Lunar X Prize. The competition is open to privately funded groups. The groups are charged with a task that's easy to describe, but very hard to achieve. They must launch a vehicle that can journey to the moon, land safely on its surface and deploy a mobile robotic device. The winner could receive more than $20 million. Several teams have already joined the competition. The race is on!

How do teams qualify to enter the Lunar X Prize competition? Keep reading to find out.

Google partnered with the X Prize Foundation, which is a nonprofit organization that promotes innovation. The foundation formed in 1996 when a group of space enthusiasts offered a $10 million prize to any private team that could build and fly a vehicle into suborbital altitudes and return safely. In 2004, the creators of SpaceShipOne were able to claim the prize money after successfully meeting the challenge.

What does it take to compete for the Lunar X Prize? Google and the X Prize Foundation have outlined several qualifications teams must meet if they wish to win:

Once Google and the X Prize Foundation finalize the rules and the teams agree to them, the game is on. What does a team have to do to win the prize? Keep reading to find out.

Could a team win first prize and still end up in a financial deficit? It's quite possible. Teams may have to spend more money than they could possibly win in order to accomplish the competition's goals. That's not unusual, though. Even early aeronautical contests at the dawn of the age of flight saw teams spend significantly more money than they could earn from a clean win.

Rules of the Game

In order to win the full Lunar X Prize, a team must be the first to complete the following tasks:

If a team's vehicle can accomplish the above goals, the team will win the grand prize: $20 million. There's also a second prize of $5 million. The second prize provide incentive so that teams will continue to try and achieve their goals even if another team grabs first prize. Google and the X Prize Foundation may award the second prize to a team that accomplishes some, but not all, of the goals listed above. For example, should the first team to successfully land a vehicle on the moon discover the vehicle can't travel the full 500 meters required to win first prize, it may be eligible for second place.

In addition to the conditions listed above, there are several bonus objectives teams can attempt. Each bonus objective will earn the winning team a prize. At the moment, the collective prize amount for the bonus objectives is $5 million. The heritage bonus prize awards teams that use their vehicles to capture photos and video of historic artifacts on the moon. In order to pursue this prize, the respective teams must secure permission and cooperation with Google and the X Prize Foundation. Teams that can pilot their vehicles to a distance of at least 5 kilometers can win the range bonus. A vehicle that can survive and remain operational for two full lunar days -- about 58 Earth days total -- is eligible for the survival bonus. The team that has the most diversity within its membership can win a diversity bonus. And finally, should a vehicle detect any evidence that there may have been water on the moon, the responsible team will win the water detection bonus prize.

Google says it will continue to tweak and adjust the qualifications and rules of the game up until January 2009, when it will present the finalized guidelines to all participating teams.

Who are the competing teams? Find out in the next section.

The Clock is Ticking

In order to collect the $20 million first prize, the winning team must complete all the parameters for a successful attempt before Dec. 31, 2012. On Jan. 1, 2013, first prize reduces to $15 million until Dec. 31, 2014. At that time, the contest will either end or Google and the X Prize Foundation may elect to extend the competition. 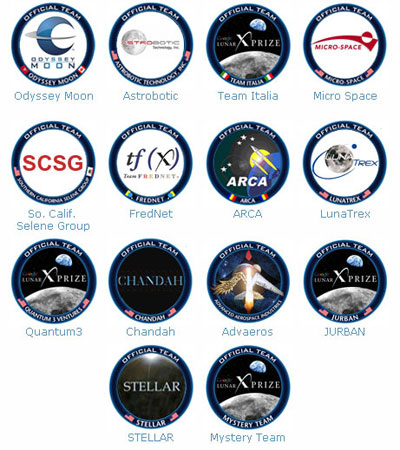 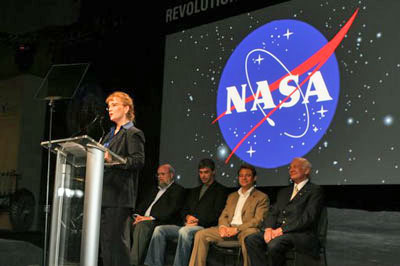