by Ian O'Neill, Ph.D. Oct 16, 2017
Artist's impression of how the gravitational waves and electromagnetic emissions from a neutron star merger might appear. NSF/LIGO/Sonoma State University/A. Simonnet

Until now, gravitational wave observatories have only discerned black hole mergers. The Laser Interferometer Gravitational-wave Observatory (Advanced LIGO), which manages two detecting stations in Washington and Louisiana, made history in 2015 for making the first detection of gravitational waves rippling through spacetime – a key theoretical prediction from Einstein's general relativity.

Since that historic discovery, three more black hole mergers have been confirmed. The most recent black hole merger event was recorded on Aug. 14, and it saw the Advanced Virgo detector (located near Pisa in Italy) join LIGO to make the most precise measurement of a black hole smash-up yet.

A mere three days later, on Aug. 17, LIGO and Virgo detected another signal. This time it was coming from two colliding neutron stars, proving that black holes aren't the only events making gravitational waves. An international collaboration of 70 ground- and space-based telescopes supercharged the discovery by capturing the gamma-ray burst and afterglow of the neutron star collision that happened 130 million light-years away in a galaxy called NGC 4993.

On Monday, Oct. 16, the LIGO/Virgo study was published in the journal Physical Review Letters.

This before and after comparison of the galaxy NGC 4993 shows the location of the neutron star merger in optical and near-infrared light that generated the gravitational wave signal GW170817.
1M2H/UC Santa Cruz and Carnegie Observatories/Ryan Foley

"This detection opens the window of a long-awaited 'multi-messenger' astronomy," said David H. Reitze, executive director of the LIGO Laboratory, in a statement.

"It's the first time that we've observed a cataclysmic astrophysical event in both gravitational waves and electromagnetic waves – our cosmic messengers. Gravitational-wave astronomy offers new opportunities to understand the properties of neutron stars in ways that just can't be achieved with electromagnetic astronomy alone," he added.

Unless they are surrounded by hot gas, black hole mergers don't necessarily produce electromagnetic radiation (such as light, X-rays and infrared), so although they may be the most energetic events in our universe, they won't be picked up by conventional telescopes. With gravitational waves, however, scientists have opened a new window into the "dark" cosmos, giving us the ability to "see" the spacetime ripples these powerful events produce. Gravitational wave detectors use ultraprecise lasers firing along miles-long "L"-shaped tunnels to measure the slight spacetime warping that gravitational waves cause when passing through our planet.

Detecting gravitational waves is one thing, but the pinnacle of any astronomical study is to have multiple observatories viewing the same event across multiple frequencies. And now, for the first time, the gravitational waves and electromagnetic waves from the same astrophysical event have been recorded to reveal a staggering amount of information about colliding neutron stars.

"This detection has genuinely opened the doors to a new way of doing astrophysics," said Laura Cadonati, deputy spokesperson for the LIGO Scientific Collaboration, in the release. "I expect it will be remembered as one of the most studied astrophysical events in history."

Through analysis of the LIGO and Virgo signals, researchers could decipher that two massive objects, between 1.1 and 1.6 times the mass of our sun, had become trapped in a binary orbit and spiraled into one another, creating a telltale 100-second "chirp" – a rapid increase in gravitational wave frequency that's typical of a merger.

A localization sky map of all the confirmed gravitational wave signals detected to date. GW170814 and GW170817 have areas of uncertainty much smaller than the other detections. That's because Virgo also was added to the network.
LIGO/Virgo/NASA/Leo Singer (Milky Way image: Axel Mellinger)

After black holes, neutron stars are the densest objects in the universe. Measuring the approximate size of a city, these objects can be more massive than our sun. In fact, neutron star material is so dense that a teaspoonful of the stuff will have a mass of a billion tons. They are remnants of massive stars that exploded as supernovas, so they also possess powerful magnetic fields and can spin rapidly, sometimes generating powerful blasts of radiation from their poles – known as pulsars.

When this gravitational wave signal – called GW170817 – was detected, LIGO and Virgo scientists knew this wasn't "just another" black hole merger; these objects were too small to be black holes and within the range of neutron star mass.

"It immediately appeared to us the source was likely to be neutron stars, the other coveted source we were hoping to see — and promising the world we would see," said David Shoemaker, spokesperson for the LIGO Scientific Collaboration, in a statement. "From informing detailed models of the inner workings of neutron stars and the emissions they produce, to more fundamental physics such as general relativity, this event is just so rich. It is a gift that will keep on giving."

In addition, as soon as Fermi detected the gamma rays, the European gamma-ray space observatory INTEGRAL studied the signal, confirming that this event was a short gamma-ray burst.

"For decades we've suspected short gamma-ray bursts were powered by neutron star mergers," said Julie McEnery, Fermi project scientist at Goddard Space Flight Center, in a statement. "Now, with the incredible data from LIGO and Virgo for this event, we have the answer. The gravitational waves tell us that the merging objects had masses consistent with neutron stars, and the flash of gamma rays tells us that the objects are unlikely to be black holes, since a collision of black holes is not expected to give off light."

Kilonova Gold and a Mystery

Theoretically, when two neutron stars collide the event generates an explosion known as a "kilonova," an intense fireball that blows superheated material out from the point of impact and into surrounding space.

Astronomers suspect kilonovas of creating the heaviest elements found throughout our universe – including gold and lead – so in our quest to understand how these elements are seeded throughout the universe, astronomers have (literally) uncovered a science goldmine.

The U.S. Gemini Observatory, the European Very Large Telescope and the Hubble Space Telescope have studied the neutron star merger aftermath and are already reporting observations of newly created material containing the signatures of gold and platinum. This is therefore a very significant event that's providing evidence for how heavy elements are synthesized in galaxies.

This event has provided observational evidence of an assortment of theories, from proving that neutron stars do, in fact, collide, to highlighting where the precious metals in our universe come from.

The neutron star merger happened in a galaxy only 130 million light-years away (the previously detected black hole mergers occurred billions of light-years away), yet the signal received by LIGO and Virgo was much weaker than predicted. Scientists aren't sure why, but this is only the beginning of our gravitational wave odyssey, so we can expect many more mysteries and discoveries as waves from energetic events keep being detected.

Now That's Handy
The gravitational wave network will grow even stronger once observatories in Japan and India go online in the next few years, bringing the total to five.

Surprise, Your Pinky Toe Does Serve a Purpose 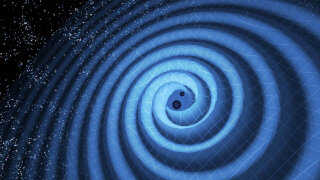 Gravitational Waves Detected Again, But This Is the Best Yet 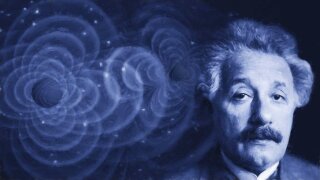 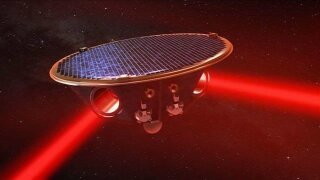