by Alia Hoyt Jul 5, 2017
Sales of handguns and rifles for self-defense have surpassed sales of other guns for recreational purposes like hunting and target shooting. Alex Wong/Getty Images

Lynn K. of Franklin, Tennessee, had a pretty scary experience recently. "I was driving home at night from Lawrenceburg when there was a fake policeman attempting to pull cars over to rob and assault the drivers," she says. Inspired by this dangerous situation, she decided to take a concealed permit class to learn more about safely using a handgun, and now keeps one locked in her car's glove box at all times. "My two personal guns are a Ruger LC9 and a Smith & Wesson Shield. Both are compact 9-mm [pistols], so easier to carry."

According to data from a study published in the June 2017 issue of American Journal of Preventive Medicine, Lynn is hardly alone in her decision to arm herself. Researchers from Boston University wanted to know why, and are among the first to look at scientific research behind gun and ammunition manufacturers, dealers and firearm trends.

The study analyzes weapon type, caliber, and market share by firearm and company from data gathered between 1990 to 2015 via FBI National Instant Background Checks and the Bureau of Alcohol, Tobacco, Firearms and Explosives. What they found was production of pistols and rifles, typically associated with self-defense, went through the roof. "Our research suggests that guns are increasingly being viewed as having a primary role in self-defense, rather than in use for hunting or sport," the study's lead investigator Michael Siegel, MD, of Boston University School of Public Health, says in a statement.

The huge increase in production of large-caliber, deadly and compact handguns also is reflected by consumer demand. A 2013 Gallup poll found that 60 percent of people surveyed indicated personal safety/protection as their primary reason to own a gun. Gallup conducted comparable surveys in 2000 and 2005 with similar results.

Authors of the Boston study say their findings have important consequences to helping solve the problem of firearm violence that is plaguing the United States.

"Public health practitioners need to understand and accept the increasing view, among gun owners, of firearms as a means to security and freedom," Siegel says. "Only by acknowledging the value that firearms have in the lives of gun owners can public health practitioners develop programs and policies that respect the desire to own weapons for self-defense while at the same time mitigating the firearm violence that is ravishing our communities."

Now That's Scary
Guns are the third leading cause of death among children (17 and younger) in the U.S., with 38 percent due to suicide. 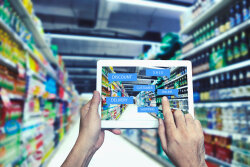 Pop-Up Ads Are Annoying — But They Work 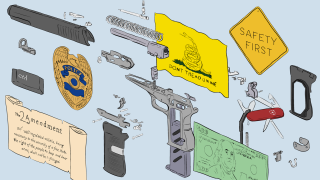 Thought Experiment: What Would a World Without Guns Be Like? 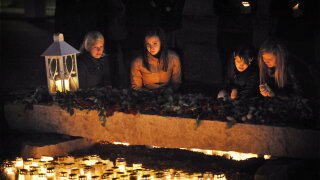 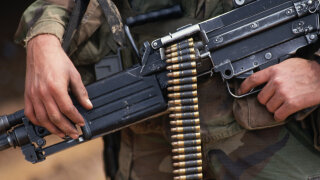 10 Hallmarks of Assault Weapons &mdash; and What They Do