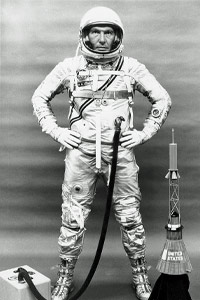 We've sure come a long way since the days of Wally Schirra. That dashing gent was one of the original seven astronauts picked for NASA's Mercury Project in 1959.
Image courtesy NASA

What would you do to earn a slot on a Mars mission? Eat and drink your own bodily excretions? Consume your own clothing or pieces of your spacecraft? Put up with people who, by the end of the trip, will irritate you more than your in-laws?

No, these aren't dares. They're actual solutions considered by NASA to solve problems posed by space travel [source: Roach].

In space, nothing mechanical or biological works quite the way it's supposed to. Fuses malfunction, and welding torches throw off dangerous globs of hot metal. Body odor and bad breath hang around. Food and filth float. In this unforgiving environment, even snoring poses a potential threat, robbing crewmates of vital sleep. Every day in space is like finals week, only the consequences of failing are substantially worse.

NASA engineers can account for every ounce of crew, fuel and cargo on their ships, but they're powerless to control emotional baggage. No fabricated valve exists that can regulate the emotional pressure that builds throughout a long space mission.

Physical shielding will likely prove impractically heavy, but technology might suggest other solutions. Building a faster spaceship would decrease radiation exposure; it would also reduce food and water weight, thereby cutting costs. NASA might also develop a new technology that repels cosmic rays. Such solutions probably lie far in the future, however.

Rather than wait, some scientists suggest sending colonists on a one-way trip to the red planet. Paul Davies of Arizona State University and Dirk Schulze-Makuch of Washington State University, in a 2010 article in the Journal of Cosmology, estimated that nixing return fuel and supplies could save 80 percent of the cost of a Mars mission. The article's publication brought postcards from more than 1,000 volunteers, even though no such mission exists [sources: Kaufman; Klotz].

That pioneering spirit will constitute a vital core value for any near-future space colonist, but guts and gusto alone will not be enough. Space programs already set strong baseline requirements for space travelers, but a crewed trip to another planet will take them deep into uncharted waters.

When the sky's the limit, what should we look for in astronaut candidates? If the technology becomes available, should we choose astronauts with a genetically lower risk of radiation-related health problems? Could we train people from childhood to be better adapted, mentally and physically, to life in space?

How far might we be willing to go to conquer the great unknown? Perhaps even to the point of changing what it means to be human? 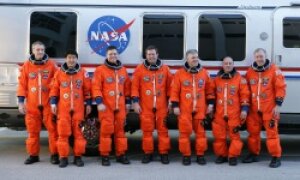 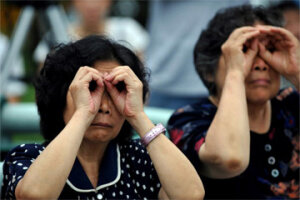