Wisdom Out of Suffering: Learning from Human Experimentation 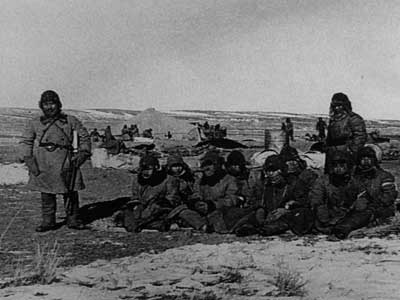 ­Humanity continues to m­arch on through the years, bound to the linear procession of time. Any sober, honest glance back at the path we've traveled is often as horrifying as it is wondrous. Our collective history bristles with atrocity. We can't separate ourselves from it without also draping ourselves again in the cloak of ignorance.

Much the same can be said of science. While it continues to light the way to the future, portions of its momentum were purchased through horrible deeds. But what can we do? No one is arguing that we throw out everything we know about human anatomy in penance for Herophilus' vivisections.

Allied scientists faced such a dilemma at the end of World War II. What were they to do with Unit 731's medical findings on disease? Regardless of the methods used to obtain it, the information was valuable. It was like pondering a gold coin fetched from a vat of boiling oil. Were the U.S. scientists simply to flip it back into the searing pitch? Rather than see the information fall into the hands of the Russians, the U.S. bargained with the Japanese officers responsible: immunity from war crime prosecution in exchange for the ill-gained data [source: McNaught]. The officers were even given stipends.

Similar concerns have arisen concerning Nazi documents leftover from the Holocaust. With no regard for the welfare of their test subjects, German scientists at Dachau subjected victims to extremely low temperatures -- often resulting in death. Yet the Nazis also used these experiments to determine the best method of reviving hypothermia patients in tubs of hot water. Hypothermia researchers later insisted that the data was valuable, no matter how deplorable the methods used to obtain it.

Many critics argue that by using the data, we validate the crimes. Yet purely logistical criticisms arise as well. Can we trust Nazi doctors who sought politically motivated results, such as those that "proved" German racial superiority? In many cases, the experiments lacked proper methods and protocol. The subjects themselves, selected from the death camps, tended to be imperfect specimens to begin with, already suffering from malnourishment and psychological trauma.

­Sometimes, however, the victims of atrocity have managed to obtain useful data from the conditions brought on by their tormenters. Jewish doctors documented starvation in the Warsaw ghetto -- notes that later aided the study of hunger-associated disease [source: NOVA].