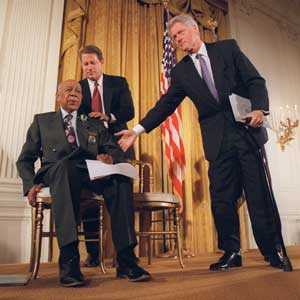 ­We tend to place a great deal of trust in our physicians. With that trust comes the understanding that they won't secretly experiment on us. But there was a time when entering a teaching hospital as a patient might result in not only the procedure you needed, but also whatever the students needed to practice that week [source: Roach].

While the prospect of receiving an unmerited appendectomy at no extra cost may seem horrifying enough, more shameful experiments litter medical history. In 1932, the U.S. Public Health Service began its 40-year Tuskegee study of syphilis. During this time, African-Americans who sought treatment for the disease were deceived. Instead of administering proper medical attention, the doctors allowed their conditions to worsen in order to better study the illness. The U.S. military also tested unsuspecting patients, exposing citizens to germ warfare agents and LSD in the '50s and '60s. Various U.S. radiological tests also used unknowing subjects, injecting hospital patients with plutonium and feeding radioactive cereal to mentally disabled children [source: Proquest].

Human trials became increasingly essential to the pharmaceutical industry as the U.S. Food and Drug Administration began requiring stricter testing of new drugs in the 1930s. In 1966, the National Institutes of Health (NIH) established the NIH Policy for Protection of Research Subjects. This measure established review boards to monitor human experimentation. To this day, U.S. colleges and universities that perform any kind of human experimentation also have institutional review boards, or IRBs.

Throughout the 20th century, medical laws raced to keep pace with human experimentation -- often falling troublingly behind. For instance, 1964's Helsinki Declaration by the World Medical Association allowed for experimentation on incapacitated and incompetent individuals so long as legal guardians gave written consent.

­Yet, even sheathed with the protection of signed written consent, human testing continues to bring­ up ethical concerns.