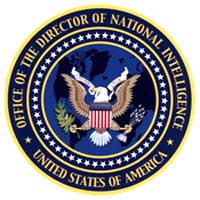 "Game-changing," "paradigm-shifting," "disruptive." These are all catchwords government officials use to describe the desired outcomes of the Intelligence Advanced Research Projects Activity, or IARPA for short. And they aren't kidding around. The Office of the Director of National Intelligence (ODNI) created IARPA to give the U.S. Intelligence Community a booster shot of fresh science and technology innovations for combating enemies in a globalized world.

You can call this new weapon in the American spying arsenal "eye-ar-pah," "yar-pah" or just plain "I-A-R-P-A". Spurred by the information lapses surrounding the Sept. 11 attacks, the ODNI recognized the need for an organization to fill in the gaps between the 16 member agencies of the Intelligence community [source: Adee]. Its plan was folded into the ODNI's overarching strategy for increased cohesion among the scattered organizations (dubbed the 100 Day Plan for IC Integration and Collaboration) [source: 100 Day Plan]. According to its Web site, IARPA will engage in "high-risk/high-payoff" research projects to accelerate the pace of intelligence gathering and analysis and ensure that the U.S. information systems are safe from intrusion. First presented to the Congress in January 2007, IARPA has made swift progress in its brief history, naming its first director, Lisa Porter, in January 2008 and publicizing the first unclassified project proposals [source: Intelligence Authorization Act for Fiscal Year 2008].

Such rapid progress is key for the fledgling organization to meet its primary purpose of accelerating the pace of U.S. intelligence capabilities. But while the media have compared it to the "James Bond" "Q Branch," IARPA isn't all about exploding pens or tiny guns. It aims to build better spy devices and technologies and also focus heavily on the social and cultural backgrounds of its targets. As you'll learn in this article, these efforts take on many different forms, such as a radar-cloaking device, software that rapidly translates foreign languages and video-scanning programs.Up first, let's take a closer look at IARPA as an organization and how it plans to facilitate these cutting edge research projects.