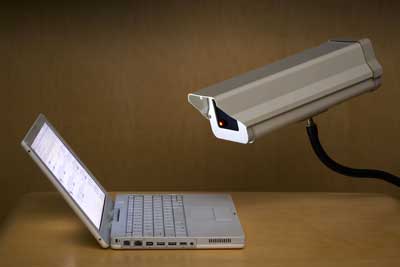 One focus of IARPA will be gathering information through computer networks and the Internet.
Thomas Jackson/Getty Images

For brilliant scientists and engineers who want a shot at IARPA, the organization actively recruits project managers, and your brilliant idea could be blessed for federal use. The public most likely will never know which ones make the cut because most IARPA efforts are classified [source: Adee]. But the intelligence organization has publicized some projects to give us glimpses into its high-security domain.

A project called "Reynard" has received a lot of buzz across the Internet because the next time you're playing "World of Warcraft" or exploring an online realm, an IARPA researcher could be watching you. An overview titled "Information and Behavior Exploitation in Virtual Worlds" explains the need to investigate the potential role of virtual reality platforms with cyber terrorism [source: Bush and Kisiel]. Since people can now exchange money through online games such as "Second Life" and covertly recruit and communicate with others around the globe, Reynard's goal is to find out just how much enemies could accomplish through these portals. Depending on what they learn, Reynard could evolve into a larger, longer-term study.

Watching people's casual online activities as described in Reynard is a mild example of data mining. More formalized data mining involves using special queries and codes to electronically filter information for signals of criminal or terrorist activity [source: Federation of American Scientists]. Interestingly, DARPA got in trouble with Congress in 2003 for a data mining project Total Information Awareness that zeroed in on too much private information [source: Shrader].

According to the February 2008 Data Mining Report from the Office of the Director of National Intelligence, IARPA has a handful of related ventures in the pipeline as part of its incisive analysis program office. In addition to Reynard, the report included four other data mining projects:

To handle the massive amount of data that intelligence employees must sift through, IARPA is also funding development of quantum computing capabilities [source: Porter]. These types of computers have the potential to process data much faster, which would undoubtedly make U.S. intelligence organizations more agile. For more information on the specifics of this technology, read How Quantum Computers Work.

IARPA has also started an endeavor called socio-cultural context in language (SCIL). As we discussed with the incisive analysis office, the purpose of SCIL is to incorporate the social and cultural background of language into the technology that interprets it. By understanding these contexts more clearly and immediately, IARPA believes that people will be better prepared to detect subtleties in language that can clue them in to targets' upcoming schemes.

With all of this and more going on, you may be wondering if the public will feel the effects of IARPA's work, as with DARPA and the Internet and GPS. Porter, the IARPA director, has predicted that since the technology that comes out of the research will be incredibly cutting-edge, there's a good chance it will trickle down to the stuff we use every day [source: Adee].

To learn more about the U.S. intelligence community and other related topics, sneak a peek at the links on the next page.