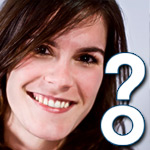 When I got the assignment to write about the Intelligence Advanced Research Projects Activity, or IARPA, I was initially concerned that I wouldn't be able to dig up enough information on the fledging intelligence operation. But I quickly learned that, while the spy community is hush-hush on the group's classified activities, plenty of information remains out in the open as well. So, though I couldn't obtain details like the official amount of federal government funding allocated to IARPA, its Web site, as well as interviews with its director, Lisa Porter, and other government officials, clued me in to how that funding would be used. And what's the most exciting IARPA project in this non-tech-savvy writer's book? Two words: quantum computers.