In science fiction, it's a given: Humans leave Earth, colonize Mars or the moon and start the great march of humanity across the galaxy. It's still fiction to us but could soon be our reality. That's what Elon Musk, CEO of SpaceX thinks, anyway; he recently proposed a million-person colony on Mars within 100 years.

Putting aside all the practical problems with getting to and staying on Mars, what would life on Mars really be like? What would entertainment, work and government look like? Marshall Brain (yes, that's his real name), author and founder of HowStuffWorks, takes a stab at answering all of that in his new book, "Imagining Elon Musk's Million-Person Mars Colony." And the Stuff They Don't Want You To Know team sat down with Brain to talk about the myriad Martian societal problems and solutions in their latest podcast, Moving to Mars with Marshall Brain.

Musk's proposal theoretically solves one of the first issues with moving to Mars: the cost. It is extraordinarily expensive to send a person to the red planet: Right now, it would cost a cool $10 billion to go to Mars. SpaceX is working to build reusable rockets, with a lighter-weight fuel, which would cut the cost to a mere $200,000 per person.

That's just the beginning, of course — there are plenty of other problems, from engineering obstacles to issues with weight, navigation, even with landing safely. Then there's the planet itself. Mars is constantly blasted with radiation, making it a highly toxic environment for humans. Oxygen is flammable, making it hard to store, and rocket fuel evaporates, leading to shortages. There's even sleep to consider: Humans are on a natural 24-hour circadian rhythm, and the effects of living on Mars time could result in permanent jet lag for colonists.

But say we take for granted that all those problems are solved, and there are people living on Mars. How does that work? Surely the people who go to Mars would have to be highly skilled and trained in order to get machinery going to make things. We'd need food, clean water, housing, storage and so on. How would each person contribute to this?

Brain argues that to set up a capitalist system on Mars would be a disadvantage. Instead he suggests an automated system that determines each person's skill sets, interests and preferred working habits that creates tasks based on those preferences. That would pose its own set of questions, though. Would each colonist get equal access to resources? What about when new colonists arrive? Could we have babies on Mars? How does artificial intelligence and automation fit into all this? It's likely that every colonist would be closely monitored, partially just to make sure they're still alive — it's not like you can just "go off the grid" on Mars. But what does that do to anonymity and personal freedom?

This doesn't even touch on whether we should even colonize Mars at all. It seems advantageous because we will need a backup plan for humanity should Earth experience an extinction event. But some scientists don't think we should be messing with Mars, some because Mars would be irrevocably changed by our presence, and some because humans would. Lengthy time spent in space can cause muscle and bone atrophy, health problems such as kidney stones and even spine stretching. NASA Astronaut Scott Kelly grew 2 inches while living for a year on the International Space Station, though it took just a few days for him to return to his original height. Who knows what could happen to our bodies after living on Mars for an extended period? It's been argued that as time goes on, Mars colonists would basically be a different species of human altogether, simply because of the effects of living in space on humans.

As Brain and our hosts Matt Frederick, Ben Bowlin and Noel Brown point out, every question about colonizing Mars begets a million more. What do you think? Would you move to Mars? See if you agree with Brain's analysis on this milestone mission in the latest episode of the Stuff They Don't Want You To Know podcast.

To Fight Disease, Should We Treat and Educate Popular People First?

How much food and water do you need for a one-year stay on Mars? 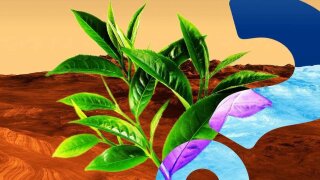 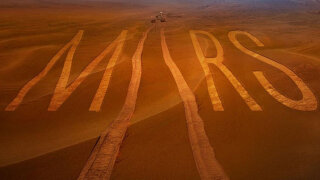