Browse the article 5 Technologists Who Have Benefited Humankind 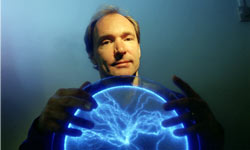 Once upon a time, in a land that I remember well, the Internet was a theory. People put a dime, then a quarter to talk -- gulp! -- into pay phones. There were no iPhones, iPods or iPads; no laptops or texting. Birds, not humans, "tweeted."

It's hard to imagine how any of us survived. But survive we did -- and even thrive. As the seasons passed and the 20th century morphed into the 21st, technology seemingly became the most dominant force in society. We have smart bombs and smart houses. Rovers on Mars look for life. Space telescopes peer all the way back to when time began. We can talk, send photos or watch videos on handheld communication devices, just like Captain Kirk in "Star Trek."

We humans have been using technology to alter our lives from the day we climbed out of the primordial ooze. We first learned to use stone tools, and then saw that bronze, and later iron, was much better. In the beginning, we used our muscles to reshape the planet. Then we found out animals were better suited for the job. Machines eventually took the place of the ox and horse.

Such lists are endless.

The march of technology has benefited humankind in countless ways. We live longer, healthier lives. We have more time to create and to explore. Technology allows us to communicate in ways that Johannes Gutenberg, the inventor of the printing press, could only dream. We can disseminate information and knowledge at the speed of light.

Still, some believe technology will be our downfall. "Technological progress has merely provided us with more efficient means for going backward," author Aldous Huxley wrote.

Ray Bradbury, the great science-fiction writer who inspired people to create new technologies was equally as pessimistic. When Yahoo wanted to put one of his books online, Bradbury balked. "You know what I told them? 'To hell with you. To hell with you and to hell with the Internet. It's distracting. It's meaningless; it's not real'" [source: Steinhauer].

Who knows. Perhaps in the end, technology will be our undoing. In the interim, we will do as we always have -- create new marvels that awe and inspire. On the following pages are five modern visionaries whose technological discoveries have "benefited" humankind. Some you have heard of, others not so much, but each has pushed the boundaries of science to new heights.

If it wasn't for Tim Berners-Lee, you wouldn't be reading this article right now, and I wouldn't be getting paid. In fact, there would no World Wide Web. Berners-Lee helped invent the Internet in 1989. The Internet wasn't the invention of one person. The idea began in the late 1960s. At the time, the U.S. government wanted scientists to developed special communications system. A few years later, colleges and universities started their own computer networks to share information.

In 1989, Berners-Lee, a British scientist, invented hypertext transfer protocol, or http. His idea was to create a network of interactive computers so scientists at the European Organization for Nuclear Research could share all of the laboratory's information [source: CERN.ch].

Berners-Lee's hypertext allows all of us to view text and pictures on our computer by linking computers across the globe. All we have to do is point and click. Hypertext allows users to hopscotch across the Web. For example, if you click here, you can see a screen shot of the world's first Web site on a computer in Great Britain.

The Kings of Google

In 1998, Larry Page teamed up with his old grad school chum Sergey Brin to launch the most widely used search engine on the Internet -- Google. Page was the son of two computer geeks. After asking family, friends and other investors for $1 million, Page and Brin developed a search engine that lists its results according to the popularity of its pages [source: Biography.com].

Long before smartphones and cell phones, there were telephones. They were all the rage. In 1967, so many people were using telephones that the number of calls was causing major problems for Bell Telephone. The company, founded by Alexander Graham Bell in 1877, provided telephone service to the United States and Canada until it was broken up in 1984 into smaller companies by the U.S. Department of Justice.

Hoover, who had a doctorate in philosophy and mathematics from Yale University, was working at Bell Telephone in the '60s. The company, overwhelmed by the number of calls, wanted to replace its mechanical call switching system with something that was faster and more efficient. The switches routed calls from one telephone to another [source: MIT].

Hoover, who was in the hospital after giving birth to one of her daughters, drew up the plans for the first computerized switching system. The computer monitored the frequency of calls during different times of the day. It stopped Bell Telephone's call system from overloading. Callers got better service during peak call hours [source: Invent.org]. Telephone companies still use that switching system.

Often referred to as the "Mother of the Internet," Radia Perlman invented the Spanning Tree Protocol (STP) algorithm that allows computers to exchange information over the Internet in a more reliable way. She invented the algorithm in 1985. STP maintains the flow of information on a computer network. If one, or a number of network links fail, STP provides an active path so the network remains connected and keeps the traffic of information sharing flowing. During her career, Pearlman has applied for, and secured, some 80 patents. She is still heavily immersed in the Internet, specializing in security issues [source: MIT]. 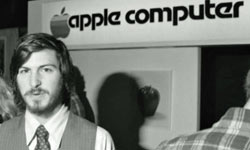 What else can anyone say about Steve Jobs, the co-founder of Apple? Not much. Jobs, who died in 2011 of pancreatic cancer, created a company that for a brief moment outshined ExxonMobil as the top corporation in the United States. A visionary and creative genius, Jobs built Apple into the world's leading high-tech company. With such devices as iPhones, iPads and iPods, Jobs helped create a revolution in the way humans use content and communicate in the digital age [source: Forbes].

Known for being hard-driving, arrogant and sometimes pompous, Jobs teamed in 1976 with Steve Wozniak to build the first Apple computer in the garage of Jobs' parents. Jobs sold his Volkswagen to fund the project. The following year, Apple unveiled its Apple II computer, which was a hit. In 1986, Jobs left Apple after a power struggle, but returned 10 years later [sources: Griggs; Forbes].

Charismatic and complicated, Jobs had a way of inspiring people. He also had a way of humiliating them. As a child, the rebellious Jobs once exploded a device under his teacher's chair. He was bored, he said. He and Wozniak also built a device that allowed them to make free long-distance telephone calls by screwing with the telephone company's routing switches. They used their so-called "Blue Box" to phone the Vatican, although the pope, it seems, never picked up [source: Milian]. 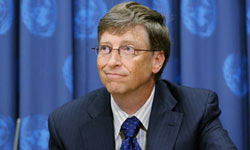 Bill Gates resigned from Microsoft, the company he founded, in July 2008, and he poured his energy into the Bill & Melinda Gates Foundation, which focuses on health reform in poor nations.
Rick Gershon/Getty Images

It's good to be Bill Gates. He's smart and one of the richest men on the planet. Oh yeah, he's the most generous guy you will ever meet, giving away at last count $28 billion to help fight hunger and disease around the globe. Not bad for a guy who dropped out of Harvard and founded the world's largest computer software company, Microsoft [source: Forbes].

Gates' generosity could not have occurred if he wasn't the preeminent technological visionary of the late 20th and early 21st centuries. It's not hyperbole to say that Gates turned the world of computing upside down.

As a child growing up in Seattle, Gates loved to read books. He flourished in all his subjects, especially math and science at Seattle's Lakeside High School, an exclusive prep school. His fascination with computers would be the driving force behind his life. While in high school, Gates became friends with Paul Allen. When Gates was 15, the pair went into business together, developing a computer program that kept an eye on Seattle's traffic patterns. Gates eventually went to Harvard to study law, but what he loved was the computer lab. He would eventually drop out of Harvard and team with Allen, who dropped out of Washington State University [source: Biography.com].

After working at Honeywell, the pair formed Microsoft and designed its Windows operating system. Back in the day, people used MS-DOS commands to access information on their computers. Windows provided the world with an easy to use substitute. Windows allowed PC users to point their mouse and click their way through screens or "windows." Gates not only knew about software and product development, be he knew how to turn Microsoft into a corporate giant. Often confrontational, Gates challenged his employees to be creative [source: Biography.com].

The rest, as they say, is history. 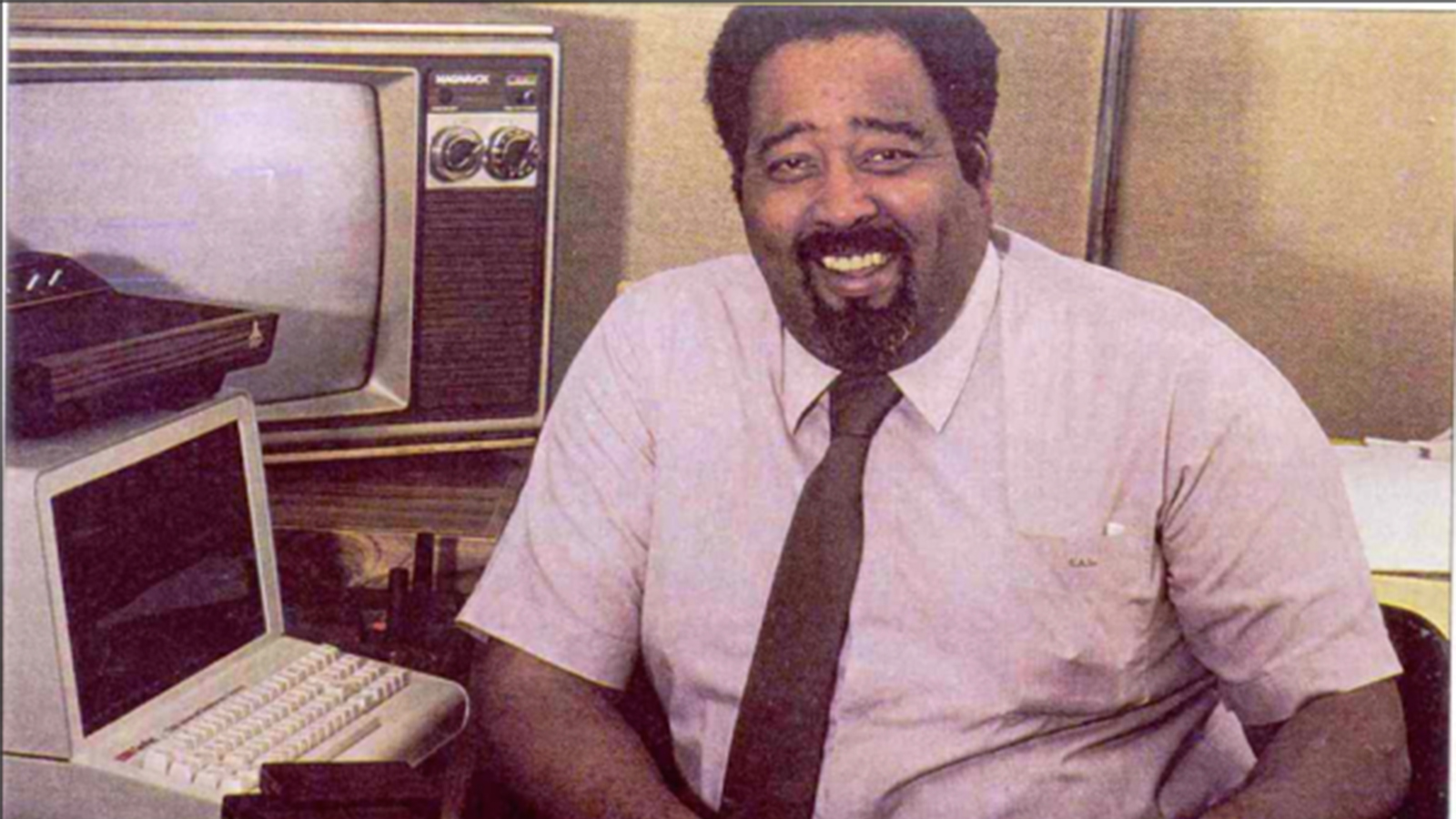