Who is the 'Mother of the Internet'? 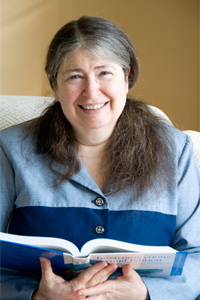 Radia Perlman didn't invent the Internet, but she definitely played an important role in its development.
Public Domain

A lot of different people have been called the "father of the Internet," including Vint Cerf and Bob Kahn, who invented the Internet protocol suite known as TCP/IP (Transmission Control Protocol/Internet Protocol). Never heard of those guys? Many people, unless they're really into the history of the Web, probably haven't. There are lots of people whose work went into creating what we know as the Internet (yes, including Al Gore). But if you've heard of any of the so-called "fathers," have you also wondered if there's a "mother of the Internet"? Well, it depends on who you ask.

There is a woman who has been called the "mother of the Internet." Radia Perlman, a network engineer and software designer with a Ph.D. in computer science from MIT, has made numerous contributions to the Internet as we know it, holding more than 80 related patents. Perlman has also won many awards, including twice being named one of the 20 most influential people in her field (by Data Communications Magazine). But Perlman didn't "invent" the Internet. Instead, she's best known for writing the algorithm behind STP (Spanning Tree Protocol). But what's STP?

In 1985, Perlman was working for Digital Equipment Corporation, which was trying to solve the problem of file sharing between computers. Perlman quickly provided STP as the solution. Some people have likened it to a sort of traffic pattern for the Internet to follow. It's called a "tree" because it creates redundant links between network nodes, or network points. This means that if a link fails, there's a backup. Only one link is ever active at one time, but when the data is needed -- it's there. STP was quickly adopted as the standard protocol for network bridge technology, and it essentially allowed the Ethernet to handle massive networks.

But Perlman has moved on – she's been working on a protocol to replace STP called TRILL (TRansparent Interconnection of Lots of Links) and improving data security on the Internet. Perlman has also helped introduce young children to computer programming. She doesn't think much of her so-called title, either. She can't remember the publication that coined it and is surprised that she's known for STP at all. It took her less than a week to come up with the algorithm behind it and write the protocol – she even had time to pen a poem explaining how STP works.

People made fun of Al Gore for claiming to "invent" the Internet (although that's not actually what he said, and he was instrumental in securing funding for the research, but whatever), but Perlman is a reluctant celebrity at best. I think that her story is an interesting one, though --she's an incredibly intelligent and curious person who came up with some revolutionary ideas during the birth of the Internet. I agree that the "mother" title is silly and pointless. If anything, I'd like her to be more well-known for helping inspire girls to go into what are still male-dominated fields, like software engineering.