Can humans survive on air alone?

Browse the article Can humans survive on air alone? 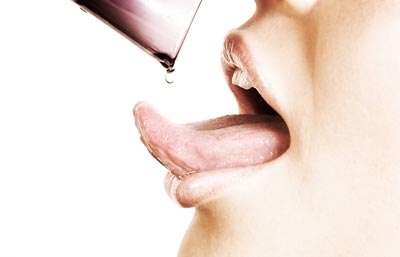 If you had the perfect cure for world hunger, wouldn't you want to share it? A group called the Breatharians claims to have the answer to this worldwide dilemma and to other food-related diseases: stop eating. Or rather, live off prana, which is a Sanskrit word that translates to "life air" or "life force." (Click here to learn more about prana in the Vedas, the sacred texts of Hinduism). The concept of prana appears in many other traditions. China, Japan and Polynesia all have their own words for this sustaining life force.

Breatharians believe that a person can give up food and water altogether and live purely off prana, which they also call "living on light" or "living on air." Foremost Breatharian, Jasmuheen, formerly Ellen Greve, is credited with starting today's Breatharian movement. Her Prana Program advises followers to convert to Breatharianism gradually: Become a vegetarian; become a vegan; move to raw foods, then fruits, then liquids and finally prana. You replace physical food with air and light as well as metaphysical nourishment.

Fasting is a spiritually important aspect of most major religions, including Hinduism, Christianity, Islam and Judaism. Mahatma Gandhi, the famed spiritual and political leader and humanitarian, referred to a complete fast as "the truest prayer." He conducted fasts throughout his life for religious and political reasons. The main difference between fasting and the Breatharian approach to food is that fasting has an end point. Breatharianism is a total fast for life -- that is, however long you live.

Jasmuheen claims she's lived for years without nourishment, although she admits to having mouthfuls of food for taste every once in a while. But Breatharianism has taken the lives of some of its followers. Verity Linn, a 49-year-old woman, was found dead in a remote part of Scotland after attempting th­e Breatharian conversion. Timo Degen, a kindergarten teacher, tried the Breatharian plan and slipped into a coma. Degen recovered after four weeks of IV drips, only to die a short while later [Source: The Sunday Times via Rick Ross].

­Lani Morris kept a diary throughout her time as a Breatharian. Morris, a mother of nine, died with symptoms of pneumonia, severe dehydration, kidney failure and the effect­s of a severe stroke. She was in the care of two Breatharians, Jim and Eugenia Pesnak [Source: The Australian via Rick Ross]. Morris was isolated and had the understanding that she would be given orange juice after one week and nothing at all for two weeks after that. She indicated in her diary that she dreamed of food. She lost the use of her legs, became incontinent and began coughing up a black, sticky fluid. The Pesnaks claimed that they did not know Morris was seriously ill until it was too late.

Next, we'll examine what happens to a person who stops eating completely and why the Breatharian plan can be a dangerous path to enlightenment.

What happens to your body as a breatharian? 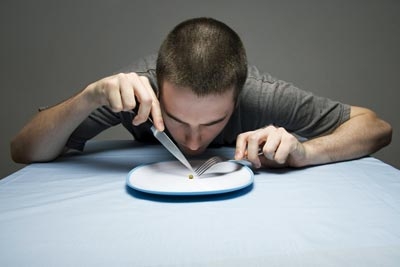 What happens to the human body without food and water? Without food, the body must find another way to maintain glucose levels. At first, it breaks down glycogen. Then, it turns to proteins and fats. The liver turns fatty acids into by-products called ketone bodies until there are too many of them to process. Then, the body goes into a life-threatening chemical imbalance called ketosis.

It's actually dehydration, though, that has a more immediate fatal effect. A person can only survive without water for a matter of days, perhaps two weeks at most. The exact amount of time depends on the outside temperature and a person's characteristics. First, the body loses water through urine and sweat. A person then develops ketosis and uremia, a buildup of toxins in the blood. Eventually, the organ systems begin to fail. The body develops kidney failure, and an electrolyte imbalance causes cardiac arrhythmia. Dehydration leads to seizures, permanent brain damage or even death. Jasmuheen has said, "If a person is unprepared and not listening to their inner voice there can be many problems with the 21 day [fasting] process, from extreme weight loss to even loss of their life" [Source: Jasmuheen]. Science says that the human body cannot survive without food and water for that amount of time, regardless of what the inner voice says.

Jasmuheen volunteered to appear on Australia's "60 Minutes" to prove her claims of living on light. After 48 hours, her blood pressure increased and she exhibited signs of dehydration. She attributed these symptoms to polluted air. The program moved her to a location further from the city, but as her speech slowed, pupils dilated and weight loss continued, the doctor supervising the observation advised the program to quit the experiment before she lost more kidney function, and they did so [Source: Yahoo News via Rick Ross]. Jasmuheen maintains that "60 Minutes" stopped the test because "they feared [she] would be successful" [Source: Jasmuheen].

In spite of scientific evidence to the contrary, some Breatharians allege that they live healthy lives without food or water. Wiley Brooks founded the Breatharian Institute of America and claims to have been a Breatharian for about 30 years. He appeared on the TV show "That's Incredible!" in 1981 and appeared to lift 1,100 pounds. On his Web site, he claims to lift 600-900 lbs. without exercising and to sleep one to seven hours a week. Somewhat oddly for a Breatharian, he recommends "diet coke [sic] in the 20 ounce and 1 liter sizes, in plastic bottles only. Along with a double-quarter-pounder with cheese meal at McDonald's." You can find out why here. For a mere $10 million, Wiley Brooks will initiate you into The Breatharian Institute of America.

Hira Ratan Manek, another noted Breatharian, claims to have lived on sun energy and water since June 18, 1995. His Web site lists multiple scientific studies, but the bias of the scientists seems to be in question.

Can a person survive without eating food? For a while, yes. People on hunger strikes have been known to survive for months. It's the lack of water that will get to you.

For more information on breatharinism and related topics, check out the links on the next page.