How to Make Chocolate

The Bean's the Thing 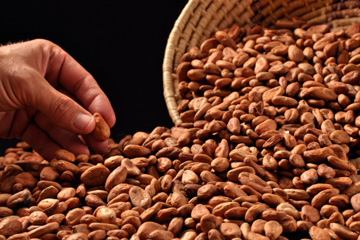 Those aren't just any beans.
iStockphoto/Thinkstock

You just need a few simple ingredients to make chocolate: cocoa beans, cocoa butter, sugar, lecithin, and any flavorings you'd like to add, such as vanilla beans. If you want to make milk chocolate, you'll also need some non-fat dry milk powder. Technically, chocolate making doesn't require anything but cocoa beans -- in fact, there are chocolatiers who make 100 percent cacao chocolate bars. But that's some very bitter chocolate, and it's not going to have a very smooth texture.

Additional cocoa butter gives chocolate a creamy, milder flavor, and lecithin is an emulsifier that helps make the chocolate smooth. Hopefully the presence of sugar and flavorings are self-explanatory -- even dark chocolate has some sugar. Thanks to the Internet, you can easily buy cocoa beans, cocoa butter and lecithin (the latter two ingredients can often be found at health food stores as well; just be sure they're food grade).

A cocoa bean is a cocoa bean, right? Sure, just like the type of coffee bean or wine grape doesn't matter. Connoisseurs discuss beans as having floral or fruity notes, or having a "good year," much like wines do. The very first and, some would argue, the most important step in making chocolate is choosing your beans. Years of cross-pollination have resulted in numerous variations depending on where they're grown, but there are three main types of cocoa beans: Forastero, Criollo and Trinitario.

Forastero is by far the most commonly used bean and the most widely available. It's the most disease-resistant cocoa bean, with a strong taste. On the other end of the spectrum, Criollo has a more delicate chocolate flavor and isn't as hardy. It's used by many boutique chocolatiers and is thought by many to be the finest bean, but it's not as widely produced. Trinitario is a hybrid of Forastero and Criollo and was cultivated in an attempt to marry the best of both worlds. But even the same bean can vary depending on where it's grown.

When you purchase cocoa beans, you'll probably see a country of origin listed, and you may also end up with more than one type of bean. Organic and fair-trade beans, and those that are primarily Criollo, tend to cost more. Prices will vary widely, ranging anywhere from $8 to $20 per pound. You can also just buy the nibs -- the split pieces of bean inside the hull -- and save yourself the trouble of cracking the whole bean.

Buying ingredients is easy -- and inexpensive -- compared to the equipment necessary for making chocolate. Find out next why making chocolate means making some investments.