by Karen Kirkpatrick Oct 14, 2016
Tom Merton/Blackzheep/Getty/Sit With Us The Sit With Us app aims to deal with the awkwardness of finding a lunch table.

Imagine you're once again in middle school. School lunch tray in hand, you walk through the cafeteria doors wondering who you're going to eat with today. If you're lucky, you've got friends and a table all picked out. But, if you're not so lucky or you're different in some way – shy, new at school, whatever – you may be looking at another in a series of lonely lunches eaten by yourself.

To tackle this problem, Californian Natalie Hampton, 16, developed an app called Sit With Us. It's designed to connect lonely teens with people who will welcome them to their table at lunch. Kids sign up to be "ambassadors" and post open lunches so others at the school know they can join their tables without the fear of public rejection.

"I think it's a fantastic idea," says Meredith Martin, assistant professor of educational psychology at the University of Nebraska and a member of the Bullying Prevention and Intervention Academy.  "I think it has the potential to help students navigate that complex social dynamic in the cafeteria and help students better access support from their peers."

But, is the cafeteria really that bad? It's just lunch, after all. Martin disagrees.

"Joining a lunch table might seem like a simple task," she says, "but the stakes are really high socially. Peer rejection experiences are very real, they're very hurtful, they're very powerful; and then they have the added level of the lunchroom being a very public space. So if you muster the courage and you attempt to join the table and it goes poorly, now the whole room sees you sitting alone."

Jessica Darlington, a 14-year-old student in Seattle thinks the app is a great idea. "In class we're working together in set groups, but once it gets to lunchtime, we're on our own. And I think it's important to have a community at lunch."  She plans to download the app and tell her friends about it.

The Sit With Us app aims to make the school cafeteria a friendlier place.
BAERBEL SCHMIDT/GETTY IMAGES

But some experts see potential problems. "It's important to keep in mind that this app, much like some formal interventions designed by really smart, and well-meaning experts, may not work or may even backfire," says Jaana Juvonen, a professor of developmental psychology at the University of California, Los Angeles, in an email.

"If most students genuinely take the app seriously and are committed to including their classmates who are alone, then this would provide a really useful tool. But if, for example, the students who offer places at their table get tired of doing this or if they simply want to have private time only with their best friend during lunch or if very few students take up their offers, the app may eventually die down."

"At its worst," adds Hannah Schacter, a Ph.D. candidate at UCLA's psychology department, "the app might make those who use it further stigmatized [because] now they need to admit that they do not have anyone to sit with during lunch."

Then there's the more mundane problem of many schools officially forbidding students from bringing cell phones inside, even disallowing use on lunch breaks. (Students tell us this is a rule that is widely broken.)

Still, the app seems worth a shot in Martin's view, who's excited by the possibilities of this student-developed tool.

"Research has shown that anti-bullying efforts, particularly ones that combine that school-level, teacher-level culture of anti-bullying and then also target adolescent leaders in the peer group are much more effective," she says. "That's what I think about with an app like this that's coming from a student. They're actively asking for people to be ambassadors. That's a unique way of getting at the student-led anti-bullying idea."

Now That's Interesting
Bullying doesn't just take place in face-to-face encounters. Cyberbullying is on the rise, but one group called Born This Way Foundation is recruiting young people to help make the Internet kinder and safer for all.

The Curious Ability to Detect Disease by Smell 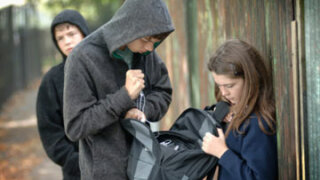 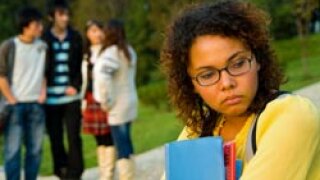 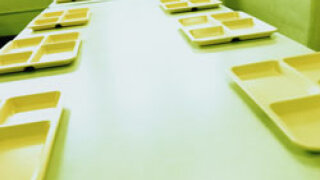