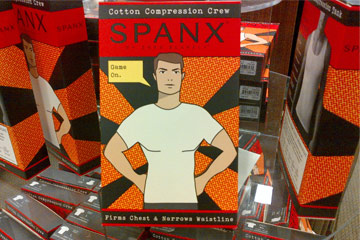 Millions of women (and more than a few men) swear by their Spanx body-shaping apparel. They rave about the products and back up the praise with their wallets, buying Spanx-branded legwear, underwear and swimwear online or in retail stores. All of which explains why Spanx revenues topped $250 million in 2011 and why company founder Sara Blakely is a billionaire [source: Tulshyan].

Funny thing is, Spanx sits only a few branches away from the oft-maligned girdle on the body-shaping evolutionary tree. And the girdle, like the famous Playtex brands of the 1950s, '60s and '70s, owes much to a late-19th-century craze during which manufacturers across the world tried to make a fortune with a staggering variety of stretchy garments including corsets, garters, socks, hernial bandages and chastity belts.

At their functional core, all of these stretchy, form-fitting accoutrements rely on a material known as elastic. As a noun (not to be confused with the adjective meaning springy or resilient), elastic refers to any textile -- cord, tape or fabric -- woven with strips of natural or synthetic rubber. Because elastic returns to its original length or shape after being stretched, it has numerous useful applications. Many of the modern applications mirror the attempts from the manufacturing mania of the late 1800s, only with more satisfactory results.

What was the turning point? Why did the second generation of elastic fare so much better than the first? Two developments led to the proliferation of elastic we see today: more effective techniques to make rubber and more effective industrial processes, in the early 1900s, to transform rubber into truly useful products. It's no surprise, then, that 3M introduced the first successful elastic bandage -- the All Cotton Elastic, or ACE, bandage -- in 1918. Or that Playtex was able to corner the girdle market beginning with designs it sold first in the 1940s.

The story of elastic is filled with patent battles, entrepreneurial panache and, yes, even some crazy chemistry. Its setting is just as varied, ranging from the jungles of South America to the factories of England to the gleaming laboratories of post-World War II America. But we're going to begin our journey in your pants, just below the belt, where the waistband of your underwear squeezes against your skin. 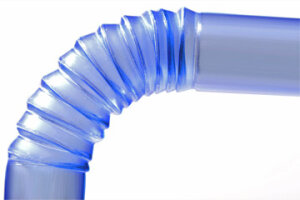 How are bendy straws made? 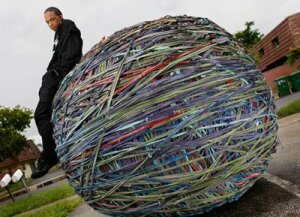