by Nicholas Gerbis
Prev NEXT
2 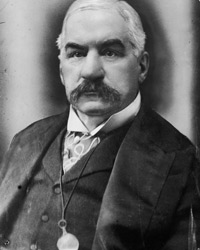 The loss of J.P. Morgan's funding for Wardenclyffe likely came as a huge blow to Tesla.
Museum of the City of New York/Getty Images

We revere geniuses as much for their struggles as for their triumphs. Perhaps it comforts us to know that brilliance comes at a cost, or maybe we find that suffering humanizes those rare souls who truly operate on a higher level.

Tesla, an outsider, fought an uneven battle against wealthier and better-connected businessmen: Edison smeared his name and took his electric fame; Marconi beat him in the radio market -- and to a Nobel Prize -- using his own technology; and industrialist George Westinghouse built an empire out of his torn-up patent agreements [sources: Cheney; Harkins; Jonnes; PBS].

Tesla's loyalty to his first loves, science and progress, cost him his fame, his fortune and, some argue, his sanity. Indeed, it is likely that, after losing J.P. Morgan's financing and, with it, his dreams for Wardenclyffe, Tesla suffered a nervous breakdown. "It is not a dream," he said. "It is a simple feat of scientific electrical engineering, only expensive ... blind, faint-hearted, doubting world" [sources: Jonnes; PBS].