Browse the article What Did Albert Einstein Invent? 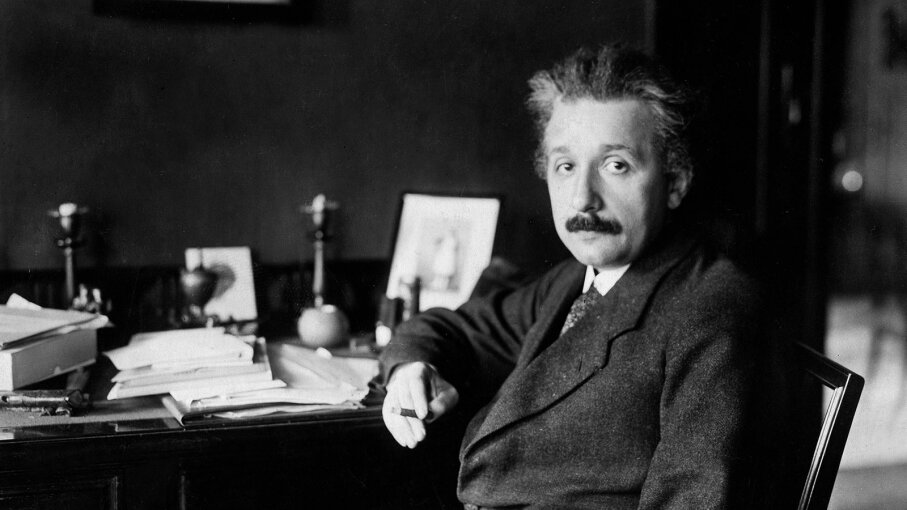 A young Albert Einstein sits at his desk. Einstein wasn't an inventor but his work led to many important advances. ullstein bild/ullstein bild via Getty Images

Albert Einstein, a man whose name is practically synonymous with genius, is one of history's greatest thinkers. As a physicist and mathematician, Einstein wasn't an inventor in the vein of Thomas Edison or Alexander Graham Bell, but his theories of relativity led to new ways of looking at time, space, matter, energy and gravity. His work led to important advances including the control of atomic energy, space exploration, and applications of light.

As a young boy born to Jewish parents in Germany, his teachers initially called him slow and lazy. However, by the time he left school at the age of 15, one teacher remarked there was nothing left to teach him [source: Golden].

Einstein studied at the Institute of Technology in Zurich and received his doctorate in 1905 at the age of 26. That same year, he published five groundbreaking scientific papers. The first paper earned him his doctorate, and the concepts presented in the next four papers helped change our understanding of the universe. The topics were:

What happened after this extremely productive year? Find out on the next page.

Albert Einstein: After the Doctorate

After Einstein presented a series of ground-breaking ideas in 1905, Einstein continued to research and expand these concepts and other ideas in physics and mathematics. In 1916, Einstein presented his general theory of relativity, proposing that gravity is a curved field in the space-time continuum created by the existence of mass.

He received the 1921 Nobel Prize in Physics for his discovery of the law of the photoelectric effect and his work in theoretical physics.

Einstein left his homeland in Germany in 1933 upon Adolf Hitler's rise to power, and accepted a position at the Institute of Advanced Study in Princeton, N.J. He became a U.S. citizen in 1940. Peaceful by nature and politics, he spoke out strongly against nationalism, war and violence. He also supported Zionism, the idea of the creation of a homeland for Jews in Palestine.

In 1939, Einstein learned that two German chemists had split the uranium atom; he wrote to U.S. President Franklin D. Roosevelt that this application of scientific knowledge could lead to Germany's development of an atomic bomb and he urged the United States to begin its own research. His suggestions led to the creation of the Manhattan Project -- and the first two atomic bombs it spawned -- in 1945. Einstein was saddened when he heard of the destruction caused by the two nuclear bombs dropped on Japan, and later campaigned for a ban on nuclear weapons.

Scientists are still finding new uses for Einstein's work today. Einstein developed a refrigerator design that received a U.S. patent in 1930. Instead of cooling the interior of the refrigerator with Freon, as we do today, Einstein's design uses ammonia, butane, water -- and almost no energy. Researchers are taking another look at the design as an eco-friendly alternative to air conditioning and refrigeration.