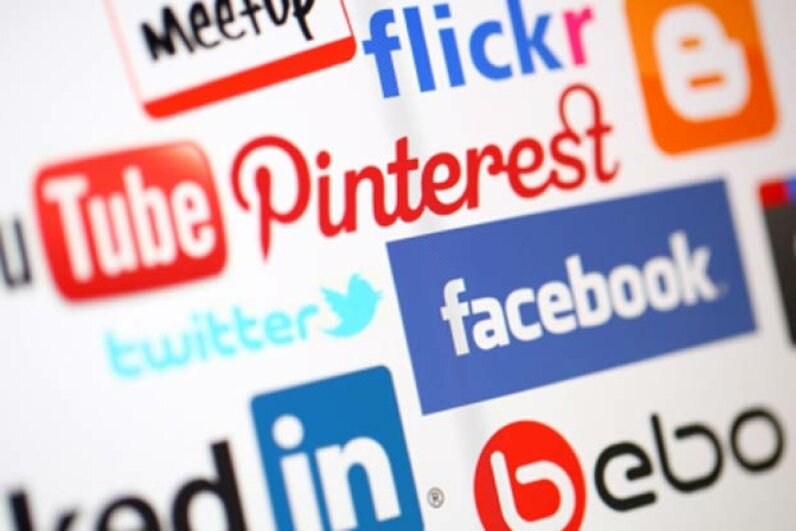 Today, all media is social media. You no longer simply watch a TV show, read the news, go to the movies or listen to a song. You tweet about the unrealistic plot twist of the TV show. You share a link to the news article with your Facebook friends. You edit together your own sarcastic movie trailer and post it on YouTube. And you share your music playlist through Spotify.

It's no great secret that we are no longer just "consumers" of content, but commentators, sharers, creators and re-mixers. Gadget-makers recognize this trend and are creating devices that have social aspects built into their digital DNA.

The latest smartphones and tablets are advanced social media tools, taking the pictures and videos we edit and post online, providing the virtual keyboard for our 140-character insights, and giving us 24/7 access to our favorite social networks. But the landscape of social devices is expanding quickly to include everything from your digital camera to your TV.

Here's our list of the five most innovative social media devices, offering a glimpse into the future of your fully integrated life. 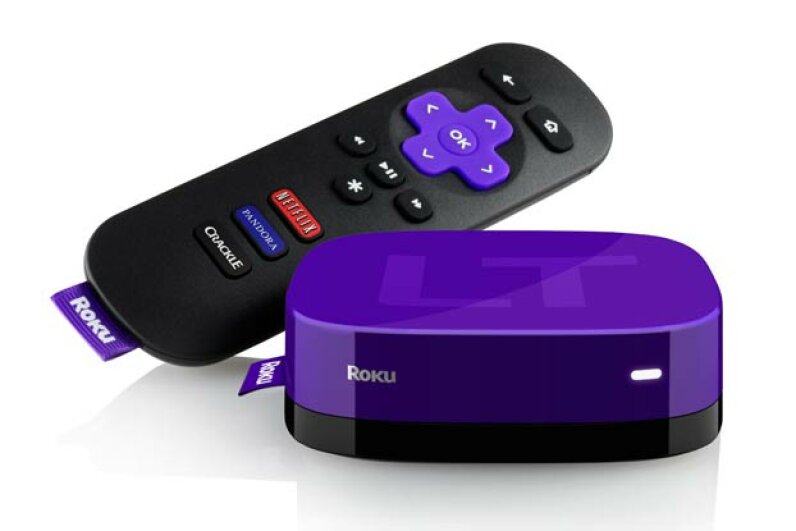 Instant streaming video is one of the fastest-growing forms of online content and has tremendous potential to integrate with social media. Through subscription services like Netflix, Amazon Prime, Hulu Plus, Crackle and HBO GO, consumers can stream their favorite movies and TV shows on their favorite device with a click of a button.

Gadget-makers are quickly jumping on this trend. The most exciting devices are a new generation of set-top boxes that stream high-definition video from the Internet directly onto your TV. Devices like Roku, Boxee, Apple TV and Google TV connect to the Internet via WiFi and to your TV via a HDMI cable. The devices are loaded with Web apps to instantly stream video, music and photo content from sites like Netflix, Vudu, YouTube, Pandora, Spotify, and Flikr.

Since the set-top boxes are connected to the Internet, users can share their video and music playlists with their favorite social networks. For example, both Roku and Boxee include a Spotify app. With Spotify, users can stream millions of free songs through their TV. They can also share their Spotify playlists on Facebook and see what their friends are listening to right now.

Roku has developed its own Facebook app for the set-top box called the Facebook Photos and Videos channel. By syncing your Facebook account with the Roku app you can stream full-screen video clips and browse large-format photos from your Facebook news feed or your friend's walls. You can also "like" photos and videos, but you can't add comments through the set-top box [source: Roku]. 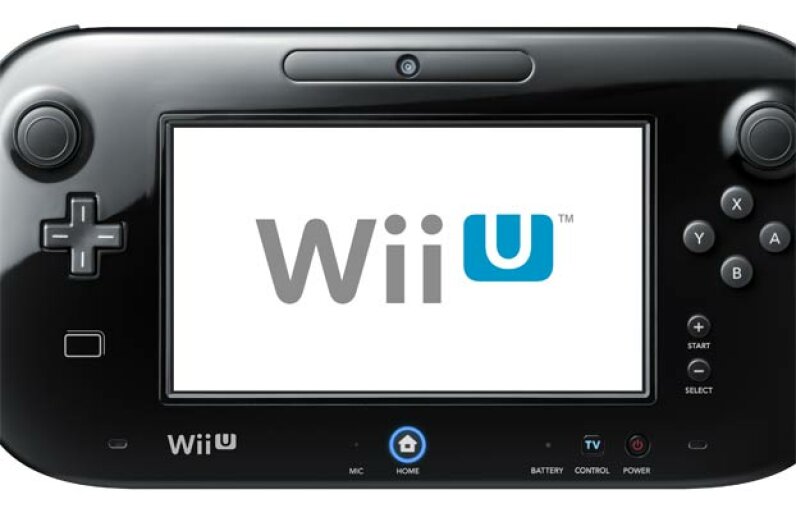 The WiiU includes the Miiverse, where players can use their Mii avatars to make friends with other players, chat, post messages and even share screenshots from within games. Nintendo of America

"Social gaming" is one of the hottest online industries. Companies like Zynga, which had a breakout hit with FarmVille, have proven that gamers want to share their high scores and challenge friends via social networks. When Microsoft launched Xbox Live in 2002, it revolutionized the idea of interactive gaming [source: Hatfield]. Not only could you play with other gamers around the globe, but you could talk trash using voice and chat.

Today, all gaming consoles come with Internet connectivity and the power to interact with a large community of gamers worldwide. WiiU, the latest gaming console from Nintendo, is proof of the gaming industry's commitment to making the game console the all-in-one portal for both entertainment and social interaction. The WiiU, released in November 2012 in North America, includes the Miiverse, where players can use their Mii avatars to make friends with other players, chat, post messages and even share screenshots from within the game [source: Nintendo].

The WiiU also comes with a new service called Nintendo TVii, Nintendo's entry into the streaming set-top box market. While watching TVii, you can use the virtual keyboard on the gamepad to share comments with friends on Facebook, Twitter and the Miiverse [source: Nintendo].

The Xbox 360 dashboard used to include Facebook and Twitter apps to share screenshots and in-game comments with friends, but Microsoft dropped the apps in its 2012 mandatory software update. Instead, the Xbox 360 now includes access to Microsoft's latest Web browser, IE 9, which players can use to post messages to their favorite social networks directly from the game console [source: Murphy].

Sony's PlayStation 3 console includes PlayStation Home, a virtual world in which your personal avatar interacts with other PS3 users and competes in free online games. The PS3 doesn't have built-in access to Facebook or Twitter (though you can downlad apps), but the PS3 fan community is much more active on conventional social media sites than Xbox fans with 1.4 million Twitter followers compared with Xbox's 774,000 [source: Daily] . This may be because PlayStation reps actually respond to their tweeters. 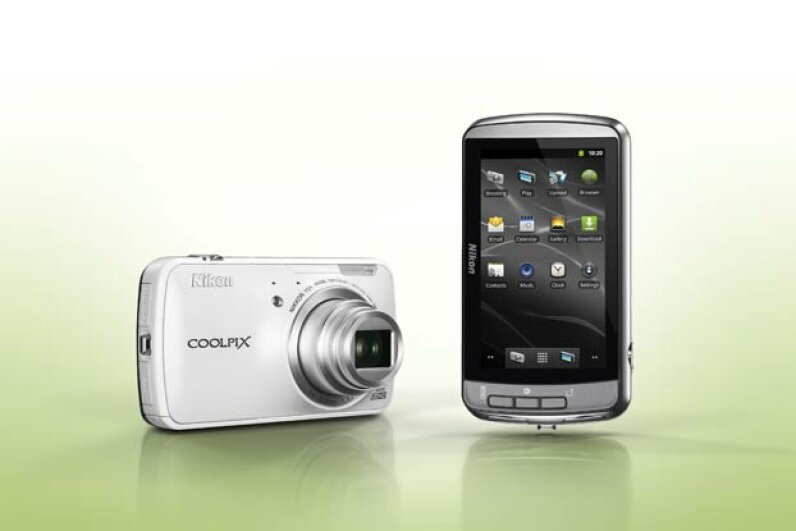 After taking a snapshot with the Nikon Coolpix S800c , you can edit the image directly in the camera and upload it to your favorite social network via built-in apps. NikonUSA

In a September 2012 blog post, Mike Elgan of Computerworld wrote about the "rise of the social picture gadget." He cited the explosion of Pinterest — which is driven almost entirely by images — as only one example of how pictures are the most social media of all. Further proof of the primacy of pictures is Facebook's purchase of photo-sharing app Instagram for $1 billion [source: Elgan]. A picture, after all, is worth 1,000 words, which is a lot more generous than Twitter's 140 characters.

Consumers crave gadgets that allow them to take high-quality pictures and instantly share them via their favorite social media networks. Smartphones are wonderful for this. The iPhone 5 comes with a built-in 8 megapixel still camera, and pictures can quickly be edited and posted on countless social networks. Digital camera manufacturers are taking notice of the rise of the social picture gadget and hoping that there's a market for high-resolution cameras with extensive social media features.

The Nikon Coolpix S800c is the first camera with the brain of a smartphone. The WiFi-enabled S800c runs Google's Android operating system and includes a 3.5-inch (8.89 centimeter) touchscreen. After taking a snapshot with its 16-megapixel sensor, you can edit the image directly in the camera and upload it to your favorite social network via built-in apps [source: Nikon].

Samsung's DV300 is also WiFi-enabled and includes a "social sharing" option to upload photos and videos directly to social networks like Facebook, YouTube, Picasa and Photobucket. Both cameras have on-screen keyboards to create short titles and captions to go along with the photos. 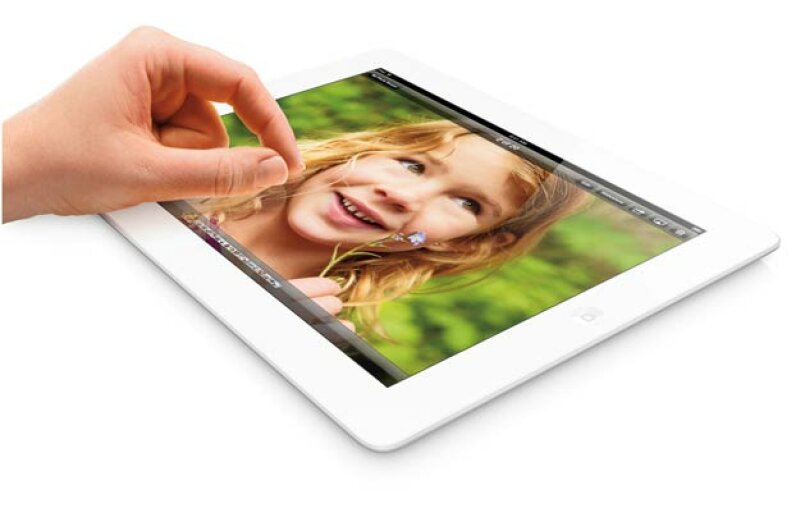 If you watch TV with an iPad or other tablet in hand, you're more likely to simultaneously tweet or talk about the show on social media than if you have a smartphone. Apple Inc.

When Nielsen polled American consumers in July 2011, only 3 percent used a tablet device to access social media. By just a year later, that number had jumped to 16 percent [source: Nielsen].

Tablet users have a different relationship with their device than smartphone users, and this relationship affects the way they use social media. Tablets are larger and bulkier than smartphones, which makes them less inherently "mobile" than devices that easily fit in your pocket. Also, more than half of all iPads sold worldwide are WiFi only, which means most iPad users can only access social media when they are within range of an available WiFi network [source: Elmer-DeWitt]. These constraints mean that tablet users are more likely than smartphone users to access social media primarily at home.

The home-based use of tablets is reflected in the recent boom in what media analysts call "social TV." A consumer engages in social TV when he or she tweets or posts on Facebook about something happening on TV. Live sports are a popular subject, as are reality TV shows. According to Nielsen, 44 percent of U.S. tablet users engage in social TV watching every day compared to only 38 percent of smartphone users [source: Nielsen].

The large screen size of tablet devices make them well-suited to apps that manage and artfully display several social media feeds. Flipboard is an app that pulls together your favorite news sources, blogs and social media sites into a full-screen "flippable" magazine. Tablets are also ideal for viewing high-resolution images and watching HD movie clips, both of which make up an increasing volume of social media content. 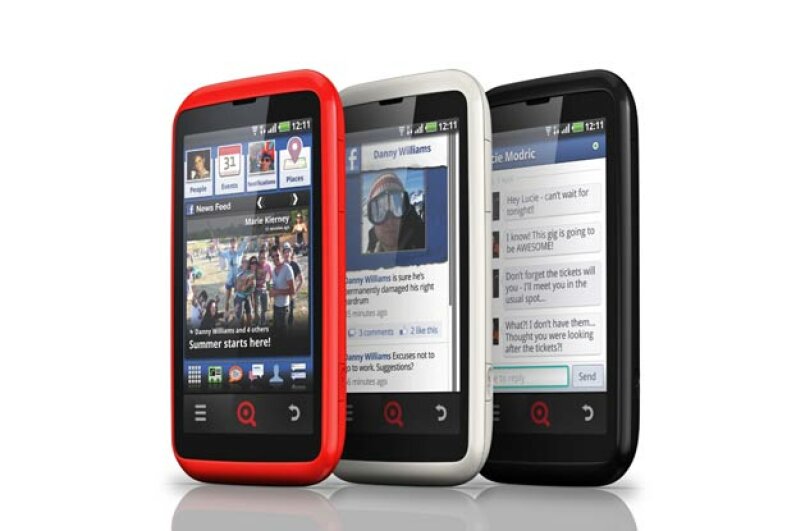 The INQ Cloud Touch smartphone does make phone calls, but its user interface is designed for quick full-screen access to Facebook and other social media. INQ

Smartphones and social media were made for one another. Most people use their smartphones as a "gap filler," a way to kill a few minutes of time on the subway, in line for coffee, and even — yes — in the bathroom [source: Krawczyk]. (More than a third of social media users ages 18-24 access their favorite sites in the john [source: Nielsen].)

Social media networks serve much the same purpose, providing a quick jolt of information, entertainment and social connection via popular networks like Facebook, Twitter, and Pinterest. The fact that we can now access social media virtually anywhere through native smartphone apps and mobile Web has been a boon for both the gadgets and the social networks we love.

According to "Nielsen's State of the Media: The Social Media Report 2012," 46 percent of all social media users in America now use their smartphones to access social media networks. In the Asia-Pacific region, that number climbs to 59 percent.

To capitalize on the trend, the British company INQ markets its Cloud Touch smartphone to confirmed Facebook addicts. The smartphone makes phone calls, technically, but its user interface is designed for quick full-screen access to Facebook friends, your Facebook news feed and Facebook chat [source: INQ].

For lots more information about personal gadgets and entertainment technology, check out the related HowStuffWorks links on the next page.

The world still waits for the game-changing device or killer app that fully integrates our entertainment consumption and social lives. Apple has come the closest. The iPhone completely revolutionized the smartphone sector — remember when Blackberry was the "hot" gadget — and iPad made the tech world believe in the incredible potential of the tablet. And let's not forget about iTunes, which rescued music, movie and TV content from the low-quality chaos of peer-to-peer file sharing and proved that reasonable people will pay 99 cents for a song. So why hasn't Apple TV achieved similar success? The service lets you share all of your digital content across every gadget in the house and streams high-def movies and TV from iTunes or Netflix, but it's lacking an intuitive and simple connection to our favorite social networks. The WiiU seems to be the closest thing to an all-in-one gaming, entertainment and social machine, but will it catch on? Until we get that killer app, the social media-addicted couch potato in all of us will soldier on.