5 Inventions Alaskans Are Asking For

Browse the article 5 Inventions Alaskans Are Asking For 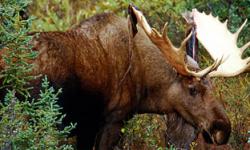 If you live in Alaska and your garbage can has been overturned, you can probably blame this hungry guy! See more pictures of Arctic animals.
Stockbyte/Thinkstock

Life in Alaska isn't for sissies. With harsh climate conditions, bizarre daytime to nighttime ratios and the occasional moose or bear lurking in the bushes, Alaskans have anything but a run-of-the-mill lifestyle.

Despite these challenges, few Alaskans would even consider calling anywhere else home.

True Alaskans know what it takes to make life in this undeniably beautiful state enjoyable: a little bit of grit, some extra-warm clothes and a bottle of vitamins.

Of course, a few cleverly designed inventions would make it easier for both native Alaskans and tourists to navigate and enjoy the state's many offerings. You never know -- today's pipe dream could be tomorrow's reality!

Read on for a few fanciful inventions that could soften the edges of life in Alaska. 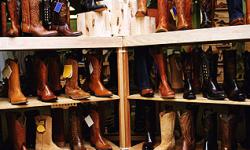 Break-up boots would save a lot of Alaskans from fashion disasters.
Photolink/Getty Images

Everyone knows how hard it is to dress for in-between seasons or really extreme weather. What do you wear in late summer when you've given up white but it's too hot for fleece? How do you get dressed for the coldest day in winter? Alaskans would laugh at your wardrobe dilemmas -- theirs are even more problematic. We've got two ideas for them, though.

Springtime in Alaska isn't all daisies and green grass. Natives call this season "breakup" because rising temperature causes all that beautiful snow to melt, transforming the once-picturesque terrain into a muddy, slushy mess. A line of breakup fashion wear would flawlessly camouflage the inevitable mud spatters and keep Alaskans in style at the same time. We're thinking about sleek, slip-proof cognac boots and smartly tailored chocolate pants paired with nutmeg tunics. (See where we're going with this?)

We've got climate control in our cars; now, how about climate-controlled clothes? Think about those Hypercolor T-shirts that changed color based on the temperature of your hands -- wouldn't it be great if clothes were made of some sort of super fabric that adjusted your body temperature based on climate? Such a genius invention would eliminate the need for bulky, uncomfortable and unflattering layers of long underwear and parkas. 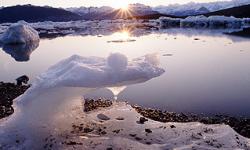 Not too long ago, few people were in the know about a little invention called the Internet. So, it's entirely possible that somewhere out there, a bunch of scientists are locked in a dingy basement trying to turn a virtual sun into reality.

Most parts of Alaska get at least a couple hours of sunlight per day in the winter, but the northernmost portions of the state (such as Barrow and Prudhoe Bay) are in a constant state of sundown from Nov. 25 to Jan. 18. Sure, this setup might be ideal for vampires and criminals, but most us prefer to have a light source that isn't fluorescent for a good portion of the day.

Clearly, the idea of a virtual sun is far-fetched at best, but our forefathers said the same thing about electricity and indoor plumbing. And it's best not to even think about what life would be like without those luxuries.

Pop culture should be more responsible! We all thought by now we'd be in George Jetson-approved flying cars. Instead, we're stuck navigating sluggish traffic in gas-guzzlers. What gives?

Alaskans need flying cars more than anybody. Highways and good roads are practically nonexistent outside the cities of Kodiak, Juneau, Fairbanks and Anchorage. And some of their roads are so curvy and icy that flying cars would save the day when drivers accidentally run off the highway.

What's more, it's not uncommon for cars' engines and steering wheels to freeze up repeatedly, even if they've been winterized. So, consider this an open plea to automakers and road planning commissions: Start developing some flying winter-proof cars and air highways, already! And while you're at it, make sure all the Alaskan models have seat warmers. That's just the nice thing to do.

Who needs flying cars when you can get "beamed" directly from home to your office or the grocery store? Sure, it's a delicious convenience, but kids and the elderly could seriously benefit from such a contraption -- they're especially vulnerable to Alaska's harsh winter weather. 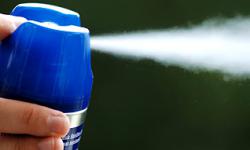 Alaskans take their "cologne" very seriously. They have to -- if they leave home without bug spray during certain times of the year, it's very likely that they'll come home covered in mosquito bites.

Alaska boasts an impressive 30-plus species of mosquitoes. Although some don't snack on humans, the majority certainly do. This reduces people to a walking buffet for swarms of these unwelcome insects. DEET repellant is currently the most effective defense against mosquito attack.

All those chemicals can't be good for one's skin, though. A mobile force field that protects entirely against mosquitoes would surely be popular among everyone from the avid outdoorsy types to those who just want to walk to their mailboxes without being attacked.

No matter how far the thermometer dips below zero, we have the comfort of knowing that the bathroom is just down the hall. Our fuzzy buddies aren't so lucky. Sure, some of our smaller four-legged friends can use piddle pads inside the house when nature calls, but bigger dogs are -- quite literally -- left out in the cold.

Some breeds, like the Siberian husky, are tailor-made for life in Arctic climates. Unfortunately, less hardy breeds are more sensitive to the extreme cold, making bathroom breaks downright miserable. Indoor doggie potties, conveniently hooked into your existing plumbing system, would be a humane alternative to subzero potty breaks. As an added bonus, pet owners could ditch finally ditch the pooper scooper and plastic baggies.

It'll probably be awhile before this genius invention comes to fruition. In the meantime, if you absolutely must send Fido outside, be sure to outfit him with specially made doggie booties to protect his delicate feet. Don't think that's necessary? Try walking around in the snow in your bare feet. You'll probably change your mind in a hurry!

Many moose rifle through trash cans looking for sustenance during the bleakest winter months in Alaska. Even if you don't mind a little grazing on your property, you don't want to face off against a hungry (and possibly violent) moose. Perhaps the state government should establish public moose buffets when natural food sources are scarce. Of course, that might make the grizzlies jealous…