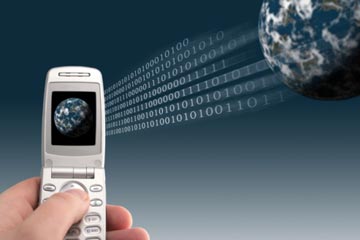 NASA did early work on active pixel sensors, the "camera on a chip" that is the basis of cell-phone cameras.
Hemera/Thinkstock

Today, people can profit from NASA technology as soon as they're born. When they tackled the problem of feeding astronauts on long flights, NASA researchers looked at various food crops that could be grown in space. They discovered a strain of algae that produces the nutrients contained in human breast milk. Private companies have adapted the technology to create improved baby formulas [source: Gaudin].

High-tech materials is one area where many NASA inventions have been used commercially. TYCOR is a fiber-reinforced composite developed at NASA that has been incorporated into products ranging from boats and bridges to wind turbine blades [source: NASA Scientific Composite]. Memory-metal alloys are materials that resume their original shape after being deformed. They allow a pilot to fine-tune helicopter blades, give golfers better control of their shots, and go into eyeglass frames that spring back after being bent [source: Marshall]..

NASA improvements in imaging have had widespread applications. In the 1970s, NASA developed the charge-coupled device, a chip that turns light into electric impulses. The devices are now widely used in home and commercial video recording [source: Johnston]. NASA also pioneered high-resolution digital imaging software in order to make telescope images clearer. That has led to improved X-rays and clearer magnetic resonance imaging (MRI) [source: O'Rangers]. And NASA did early work on active pixel sensors, the "camera on a chip" that forms the basis of cell-phone cameras [source: Johnston].

A number of NASA high-tech spinoffs are helping to save lives and make us healthier [sources: thespaceplace.com, O'Rangers]. They include:

These just are a few areas of important NASA spinoffs. In the next section we'll look at an even wider range of high-tech applications.