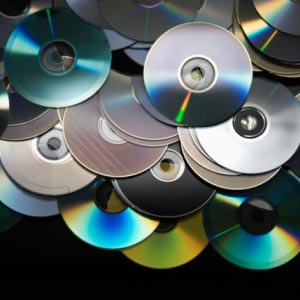 The fine line between ideas and invention can sometimes get blurry.
Thinkstock/Comstock/Getty Images

According to the United States Patent and Trademark Office, "a patent for an invention is the grant of a property right to the inventor." On the other hand, "a copyright is a form of protection provided to the authors of 'original works of authorship'" [source: USPTO]. In other words, a patent protects an invention or product; a copyright protects a form of creative expression.

It sounds simple enough, but the lines between ideas, expression, production and publication can get fuzzy. First, let's look more closely at patents. A patent basically protects the creator of an invention from competition for 20 years, since no one else is allowed to produce, sell or import the device without the inventor's permission. However, the patent doesn't grant such rights to the patent holder. In other words, patents don't give you the right to make or sell your invention; they prevent competitors from stealing the idea and profiting from it. Once you file for your patent, you've got a 20-year head start to make your fortune. Keep in mind that patents are enforceable only within the United States and its territories.

So how do copyrights differ? You might feel like you "invented" the plot of your movie, but copyrights don't protect ideas -- they apply to the way in which the ideas are expressed. Examples of expression include literary, dramatic, musical and artistic works. Worried that your Great American Novel might get ripped off before anyone else realizes your genius? Don't worry, because copyrights protect work both published and unpublished. It's worth noting that creations such as architecture and computer software, which might seem like inventions, are considered "works of authorship" and fall under the protection of copyrights, not patents.

According to the United States Copyright Office, which handles the registration and record-keeping of copyrights, your work is protected from the moment you create it, and there's no need to file paperwork simply to claim ownership. However, some people prefer to have their copyrights on public record. And, in some cases, registration is necessary; for example, if you're going to sue someone for copyright infringement, you'll need to file with the copyright office and obtain your registration certificate first. The United States has reciprocal agreements to honor many international copyright laws and provides a list of countries where U.S. copyrights are honored.