What exactly is a patent? 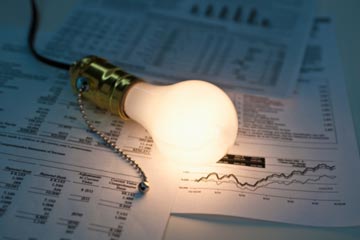 In 1964, college professor and amateur inventor Robert Kearns filed a patent for windshield wipers with intermittent operation. However, after the Ford Motor Company and Chrysler Corporation used his technology without offering him any compensation, Kearns sued the two organizations. Because Kearns had filed patents on his inventions, he eventually won the lawsuit. Courts ordered Ford and Chrysler to pay Kearns more than $40 million dollars in damages.

A patent gives inventors like Robert Kearns the right to exclude others from making, using, offering for sale, or selling their inventions for a certain period of time (usually 20 years) [source: USPTO]. It doesn't necessarily give an inventor the right to make or sell his own invention; instead, it grants the right to exclude others from doing so. For instance, Robert Kearns' windshield wiper patent didn't give him the right to start manufacturing improved Ford and Chrysler cars; however, it did exclude Ford and Chrysler from using Kearns' technology without paying him for it.

According to the U.S. Patent and Trademark Office, "whoever invents or discovers any new and useful process, machine, manufacture, or composition of matter, or any new and useful improvement thereof, may obtain a patent" [source: USPTO]. From the riveted pockets on Levi's blue jeans to certain types of DNA, the patent office issues patents every day for almost any kind of gizmo, gadget, concoction or novelty imaginable.

Not every inventor rushes out to get a patent for his or her work, however. Kentucky Fried Chicken's secret blend of 11 herbs and spices is locked inside a custom-built safe, which is located inside an impenetrable vault and kept under 24-hour surveillance -- yet it doesn't have a patent. Why? When a patent is issued, its details become public record. Clearly, Colonel Sanders thinks his trade-secret recipe is safer locked in a vault than published at the patent office, where his competitors could study it.

Still, many inventors prefer to put their trust in the patent process. If you think you're on the brink of inventing the next big thing, contact the patent office to find out how to safeguard your gizmo.

For lots more information on the patent process, jump over to the next page.

How Fireworks Work
How Pizza Works
Why do pineapple enzymes tenderize steak -- and your tongue?