by Jesslyn Shields Feb 6, 2018
Dimethylpolysiloxane, a chemical found in french fry oil and products such as caulk and tire cleaner may hold the answer to curing baldness. Ralf-Finn Hestoft/Getty Images

Dimethylpolysiloxane. You quit reading that word after the third letter, didn't you? True, it's a dumb-looking word, but it might interest you to know that it's the name for a silicon oil that's a key ingredient in Silly Putty and Rain-X. It's also used as an anti-frothing agent in french fry cooking oil at fast food chains like McDonald's and Wendy's. It's often found in the ingredient list on caulk, anti-flatulence drugs, tire cleaner and diaper rash ointment, and it's sometimes even used as a filler in breast implants. Chemistry is deeply weird. And to prove it, a group of Japanese researchers have just announced that dimethylpolysiloxane might cure baldness.

True, baldness isn't particularly dangerous (as long as you commit to wearing hats and sunscreen); however researchers have long been interested in figuring out how to coax hair follicles that have retired from their hair-making careers to get back in the game. It hasn't been easy, but a study published in the February 2018 issue of the journal Biomaterials reports that dimethylpolysiloxane could be the key to stimulating the mass production of hair follicle germs (HFG), the cells that stimulate hair development and growth.

Stem cell researchers from Yokohama National University used dimethylpolysiloxane as a culture substrate to grow these HFGs before transplanting them in little chips onto the backs and scalps of nude mice. Within a few days, the mice began sprouting black hair — regular mouse hair, not human hair or anything — wherever the chips were planted.

"This simple method is very robust and promising," said professor Junji Fukuda of Yokohama National University, in a press release. "We hope that this technique will improve human hair regenerative therapy to treat hair loss such as androgenic alopecia."

Fukuda also hints that the team has preliminary data to suggest HFG formation will work just as well with human skin and hair follicle cells. 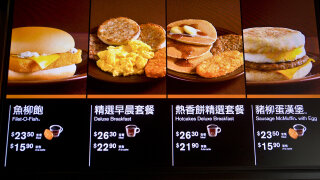 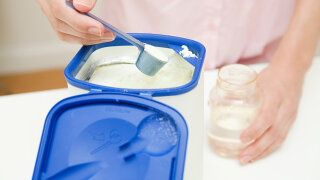 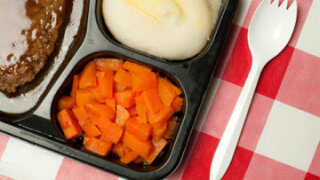 Who invented the spork?