Amazing, Absurd and Abnormal: Our Best Stories You Might Have Missed This Week

International Women's Day has passed, but Women's History Month, celebrating the achievements and contributions of women and girls worldwide, is still in full force in the U.S. Here's a relevant tidbit: In 2015, Stephanie Gicquel completed the longest assisted journey across Antarctica on skis in 2015, at 1,271 miles (2,045 kilometers). Check out more stories about Antarctica and awesome human achievements in this week's roundup of some of our latest podcasts and articles.

CarStuff hosts Scott and Ben had so much to say about legendary race car designer Harry Miller that they had to split the show into two episodes. Tune in to part one by clicking the podcast player in this article, or head here.

In the latest episode of TechStuff, hosts Joe and Jonathan delve into the world of transmitter hunting and radio direction finding, which has been instrumental in warfare, intelligence gathering, and search and rescue.

If you thought that sounded super technical, try parsing the name of the world's first robot table tennis coach, Future Omron Robotics technology for Exploring Possibility of Harmonized aUtomation with Sinic theoretics. (But you can just call it FORPHEUS.) See video of it in action in this article.

Techies are still working out the kinks of self-driving cars. But that hasn't stopped one college student from creating his own — with only $700 and some free software.

One of the more comical consequences of the '70s Watergate scandal in the U.S. is the proliferation of the suffix "-gate." Ya know, Deflategate, Russiagate, etc. Writer Patrick J. Kiger explores some instances of this scandal in its own right in this new article.

Earth's got a ton of valuable resources that we humans get all in a tizzy over — water, diamonds, oil. But one "mafia" is concerned with another, unassuming commodity: sand. Find out why sand is so hot on the black market here.

There are probably billions of habitable planets in the Milky Way alone, but we still haven't gotten any signs from the ETs out there. But that's not for lack of trying, or speculation. BrainStuff host Christian ponders the existence of cosmic beings in a new episode of the podcast.

As far as aesthetically otherworldly places on Earth go, Antarctica ranks high. Since nobody has claim over the remote continent, criminal procedures on the South Pole can get tricky. Here's how officials iron out these (rare) cases.

It's impossible to eliminate every potential hazard in our environment, especially when that hazard is also beneficial. Cats are ingesting dangerously high levels of the flame retardants present in many household products. Read about the health problems that could cause for our feline companions here.

Picky Eating in Adults Is a Diagnosable Disorder — Really 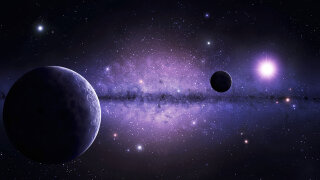 Why We Use the Suffix '-Gate' for Scandals (And Can We Please Stop?)