Cool, Creepy and Quirky: Our Best Stories You Might Have Missed This Week

by Yves Jeffcoat Apr 7, 2017
Get goosebumps looking at this picture of a hyperrealistic android? You're not alone. It's called the uncanny valley effect and we explore it in a new episode of Stuff to Blow Your Mind. Hitoshi Yamada/NurPhoto/Getty Images

April showers keeping you indoors? Spend your time diving into our latest podcasts and articles — you won't be disappointed!

First up, Holly and Tracy of Stuff You Missed in History Class highlight the 150th anniversary of Brooklyn's Prospect Park in an epic two-part episode. Listen to part one for the hosts' take on the green space, and check out part two to hear a few experts weigh in on the park's history.

If you're still feeling green after listening to Stuff You Missed in History Class, head on over to Stuff You Should Know for a new episode on composting. Recycling rotting food waste is a lot more fascinating than it may seem ... and look.

Is your biological clock ticking, every birthday a reminder of milestones you haven't reached rather than a celebration? Ah, don't be such a downer — you might be surprised by what researchers say are the best ages for goals like happiness and getting married. Check them out in this article.

High on the list of unsettling phenomena is the uncanny valley effect, when the soulless eyes of a digital replica of a human stare at you from a TV screen, inspiring repulsion and maybe even a little fear. Stuff to Blow Your Mind hosts Robert and Joe explore the creepy territory of artificial human likenesses in the latest episode of the podcast.

People's tendency to rub off on one another goes awry in the case of shared psychosis, when delusions are transferred. It's rare, but when it does happen, the actions of the affected people can become pretty strange. Learn the warning signs and risk factors of the condition in this new article.

People have reported some pretty eerie visions while under the influence of hallucinogens. Matt, Noel and Ben of Stuff They Don't Want You to Know ponder whether these psychoactive substances birthed religion in the latest episode of the podcast.

It's pretty surprising that English is the global lingua franca, as it's full of exceptions to rules, nonsensical diction and odd pronunciations. Yeah, we're looking at you "Wednesday." If you've long wondered why the day is spelled and pronounced as it is, read this article to get the word on why that word is so darned perplexing.

Auto factories are massive spaces that ooze of industrial might and economic excess. But when they're abandoned and left to decay, they turn into enormous shadows of what were once lively manufacturing centers. Scott and Ben discuss the old factories left in disrepair and disuse in a new episode of CarStuff.

Perhaps having the greatest number of fussy babies isn't the best selling point for a country. But we've all got to be great at something, right? In which country do you think babies cry the most? (Hint: It's not the U.S.!) Find out by reading this article.

Your Favorite Clothing Brand Is Dying Much Faster These Days 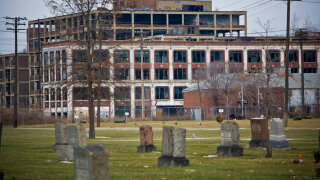 Abandoned Auto Factories Around the World

Why 'Wednesday' Isn't Pronounced the Way It's Spelled

What's the Best Age to Do Anything?